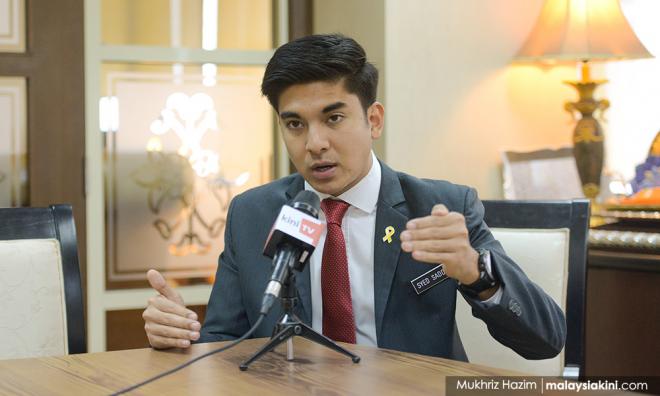 A Youth and Sports Ministry officer, who was among those detained for alleged drug abuse, will be suspended pending police investigations.

In a brief statement this afternoon, Youth and Sports Minister Syed Saddiq Syed Abdul Rahman said he was informed of this morning's arrest involving the officer and several others.

“Following this, I leave it to the authorities to act according to the Rule of Law. I will also suspend the officer concerned pending the completion of investigations.

“Malaysians are bound by the law regardless of position or status,” Syed Saddiq added.

Earlier, it was reported that Dengkil assemblyperson Adhif Syan Abdullah was among those detained in the raid, together with 10 unidentified government officers.

However, the Selangor Bersatu Youth chief denied that he was arrested.

"I was at home. The time, date, location (of alleged arrest) I don't know where they picked it up from," he told Malaysiakini in reference to a post which had gone viral on social media.

There is also confusion with regard to when and where the raid took place, with several sources stating that it occurred at a nightclub in Damansara, Selangor.

There are also claims that the arrests took place at an apartment on Jalan Puchong. Adif Syan is from Pulau Meranti, Puchong.

Inspector-General of Police Abdul Hamid Bador is expected to address this issue during a press conference scheduled for 3pm today.

He said the assemblyperson was detained about 1.30am today.

According to Abdul Rashid, the assemblyperson did not contact him and he was informed of the arrest by the Home Ministry.