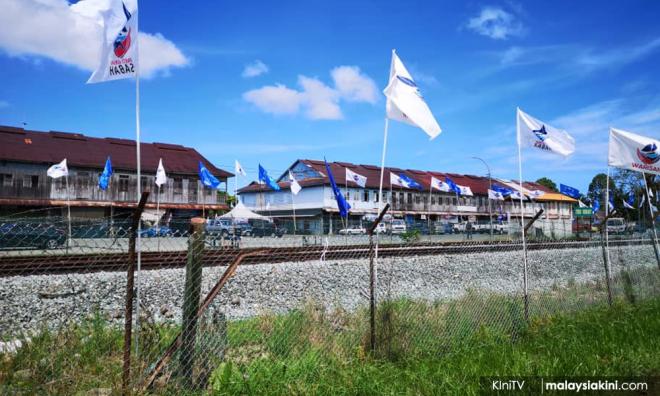 He said of the total, five investigation papers have been opened for various offences under the Election Offences Act 1954 and the Penal Code.

"The cases being investigated are with regard to bribery, defamation and humiliation," he told Bernama.

He added that throughout the period the two political parties, Warisan and BN, had applied for 163 political campaign permits.

Azmir also confirmed that no incidents had occurred during the 10-day campaign, and that both parties had been cooperative with the police.

Meanwhile, Azmir confirmed that police have approved a conditional permit for the Solidarity Gathering to Reject the Temporary Sabah Pass on Jan 15.

"The application was submitted by the organiser, Benjamin Ondoi on Jan 3 and a conditional approval was given on Jan 3, in accordance with the Peaceful Assembly Act 2012," he said.

The Kimanis by-election will witness a straight fight between Karim Bujang of Warisan and Mohamad Alamin of BN.

The Election Commission (EC) has set polling on Jan 18 and early voting is on Jan 14.

Police give conditional nod to anti-PSS rally in Kimanis
13 Jan 2020
Amid 'abuses' in Kimanis, Bersih wants changes to election laws
12 Jan 2020
When people ask for help, I must help - Mohamaddin on vote-buying claim
12 Jan 2020
In Kimanis campaign, T'ganu MB stresses no evidence to show PAS is extreme
12 Jan 2020