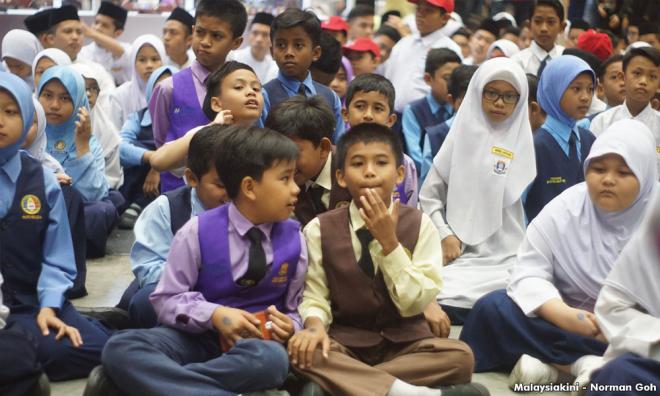 Education portfolio should be entrusted to an elected rep

COMMENT | Following the resignation of the former minister of education, Maszlee Malik, there has been a clamour for the appointment of a person who is mature, experienced and above all, one who can make broad policy decisions to steer the education system away from the present rot.

It has been announced that Prime Minister Dr Mahathir Mohammed will be the acting minister of education until such time a suitable candidate could be found.

Never mind if the candidate comes from Parti Bersatu Pribumi Malaysia (Bersatu) or any other Pakatan Harapan coalition partners.

Given the lack of performance on the part of Maszlee, there is a call for the appointment of a professional to be the minister of education.

There is a feeling that elected representatives might not be able to deliver on the educational promises of the Harapan government.

The argument is that a professional might be above partisan politics and could bring much-needed insight and knowledge to steer the ministry of education in the direction that is expected.

I have nothing against the appointment of a professional with knowledge and expertise in educational matters, but I still prefer a matured an elected candidate for a variety of reasons.

First, in parliamentary democracies, decision-makers are elected representatives. Only under extenuating circumstances are professionals brought in to helm ministries.

Elected representatives are more often than not appointed as ministers and deputy ministers in the various ministries.

As elected representatives, they are responsible and accountable to their respective constituencies and the leaders of their respective parties and in the ultimate sense, to the prime minister or the head of the government.

Under these circumstances, if an elected representative is made a minister, his or her responsibilities are immense compared with a professional without any political base and whose responsibility is only solely to the head of the government.

Second, the appointment of an elected representative ensures that he or she enjoys a measure of support at the level of rank and file.

Even if the candidate might not have professional expertise, the fact that he is an elected person gives some measure of respectability to himself or herself in the eyes of the public.

There is a mistaken notion that only professionals should be appointed to ministerial positions, there is no such thing.

Ministers might not be experts in particular areas, all is required is a good sense as what has to be done. Of course, nowadays, most ministers have tertiary or even professional qualifications.

Third, the argument that elected members might not be as qualified as professionals might be true to some extent. But then, there are no exacting requirements for appointments as ministers.

Fourth, in a broader sense, professionals might be experts in certain areas, but I am not sure that they will have the drive as elected representatives in discharging their duties.

In most instances, professionals, if appointed to ministerial posts, might become timid and beholden to those who appointed them.

It was not that Maszlee was not hardworking or he lacked ideas for the improvement of the system of education, but the energy expended was directed at trivial and petty issues. It was just too late for him to rectify earlier mistakes.

The future minister of education must first examine as to what ails the present system of education, why is the system as a whole is not moving forward, what needs to be done, how to overcome short and long term obstacles that stand in the way.

In short, whether it is the present acting minister or the future minister, the person must come to the post with an idea or conception of what needs to be done.

Harapan does not have much time before the next general election, but we must be honest to admit that things are not going well for us.

Major reforms in the education sector might be a way to win back the hearts and minds of the people.

Let us not put a spanner in the works by appointing a professional as the minister of education. This might not be a good beginning.