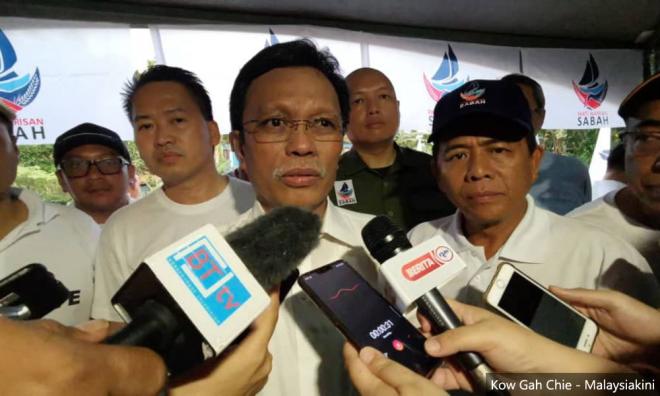 The police detention of an assemblyperson from Bersatu in Kuala Lumpur on Sunday does not affect Warisan's campaign in the Kimanis parliamentary by-election.

Warisan president Shafie Apdal said the detention showed the government's transparency in taking action, against those who committed a crime, regardless of position and rank.

"At least we are transparent in taking action no matter at what level (and) what rank in the party. That means the government is very responsible," he told reporters after attending the assembly of young people in Bongawan last night.

It was reported earlier that an assemblyman was among 17 people arrested during a raid at a condominium in Jalan Puchong, Kuala Lumpur.