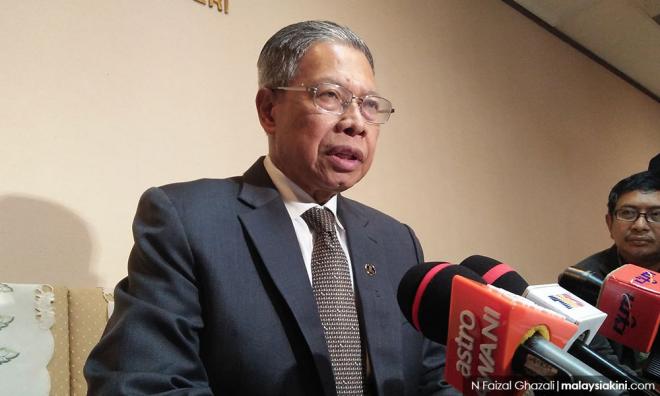 Jeli MP Mustapa Mohamed will not be contesting in the Bersatu party elections.

This was confirmed by Jeli Bersatu secretary Wan Thakormunshi Wan Mustaffa today when contacted by Malaysiakini.

“Day before yesterday, Tok Pa met Bersatu leaders at Jeli division and candidates contesting in the elections," he said.

“Tok Pa announced that he will not be contesting in party elections but would remain a Bersatu member,” he said.

Mustapa (photo), who is popularly known as Tok Pa, was a former Umno supreme council member who held several cabinet positions throughout his political career.

He joined Bersatu last year after quitting Umno for almost a year.

Bersatu will be holding its annual general meeting and elections for top party positions on June 20, while meetings and elections at branch levels are slated for Jan 25 until March 1.

This is followed by meetings and elections at the divisional levels on April 4.

Meanwhile, Wan Thakormunshi said Mustapa won’t be contesting any positions at the central level because he has yet to fulfil conditions set by the party.

“To contest at the central level, one must be an ordinary member for at least three years, unless they have held positions at the divisional level before this.

“So, under the rules, Tok Pa is not eligible yet to contest any top party positions,” he said.