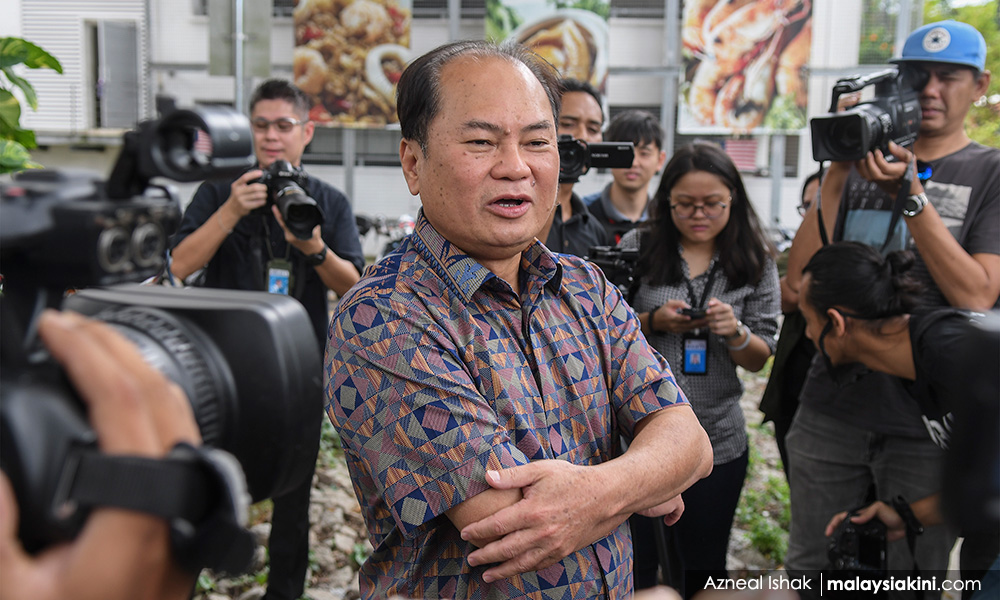 DAP rep backs call for 'Anwar as PM' by May

Sungai Pelek assemblyperson Ronnie Liu has joined the call for a smooth transition of power that would see PKR president Anwar Ibrahim appointed as prime minister by May this year.

In a statement, the DAP leader said Harapan grassroots welcomed Prime Minister Dr Mahathir Mohamad's remarks yesterday that he was prepared to relinquish his post with immediate effect should the Pakatan Harapan presidential council demands it.

"In the light of what is happening in the country lately, it is necessary for Dr Mahathir to pass the baton to Anwar.

"This transition of power should be done smoothly for the good of the nation, the people and Dr Mahathir and his family as well," Liu said.

Mahathir had previously said the handover of power would not happen before Malaysia hosted the Asia-Pacific Economic Cooperation (Apec) summit in November. However, several leaders within PKR have called for a May deadline instead.

At the same time, Liu alluded to closer public scrutiny of Harapan's performance so far in calling for the transition to happen sooner rather than later.

"So far, he (Mahathir) has done his best but times have changed, and the people are more watchful with the way the government is managing the country’s affairs.

"This, therefore, requires a different way of handling the national agenda in order to ensure continuous support for the coalition," said Liu, who noted that Mahathir had returned to power after the 14th general election, at a time when Anwar was still in prison.

'The timing cannot be any better than now'

He further pointed out how while then PKR president Dr Wan Azizah Wan Ismail could have filled the post, Harapan's presidential council rallied their fullest support behind Mahathir as the seventh prime minister.

"Now that Anwar is free, and a full-fledged member of the Malaysian Parliament, the timing cannot be any better than now for Anwar to take over.

"With Mahathir’s intentions to carry out a cabinet reshuffle, perhaps, it is time now for him to also allow Anwar to pick his new team to helm the government," said Liu, adding that a May 9 transition date would be an auspicious occasion, also in conjunction with Harapan's second year in power.

"After all, the nation has waited long enough for Anwar to take over as Malaysia’s eighth prime minister and only Anwar can restore public confidence in the government," said Liu.

Last night, Anwar, in response to Mahathir's latest remarks, reiterated that the transition of power should be discussed and resolved amicably in Harapan or between the two of them.

politics
prime minister post
power transition
mahathir mohamad
anwar ibrahim
ronnie liu
Related Reports
PKR reps want PM transition in May 2020
6 months ago
Who in Harapan dares impose a retirement date on Mahathir?
6 months ago
Retirement date may be imposed if Dr M doesn't commit to a timeline - Rafizi
a year ago
After over a year, Azmin and Zuraida attend PKR politburo meeting
a year ago