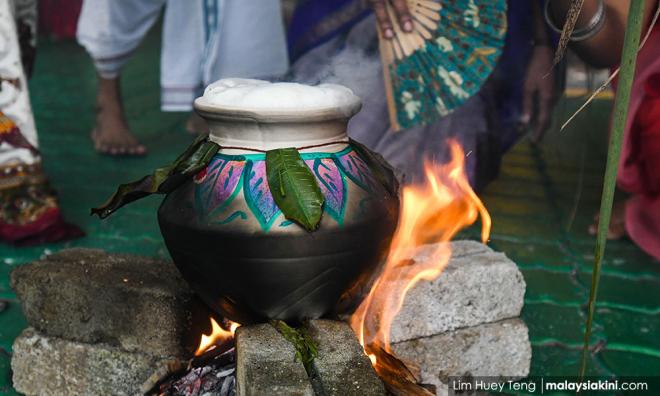 The Education Ministry today said it has never forbidden the celebration of the Ponggal festival in schools.

It added that a circular issued yesterday on how Muslims should deal with Ponggal was to assuage parents of Muslim students who may have concerns.

"With reference to the Ponggal festival celebrated by the Hindu community, we have never forbidden the celebration in schools.

"With reference to the Education Ministry's letter dated Jan 13, the letter was issued to assuage the concerns by parents of Muslim students about their involvement during the celebration.

"The letter took into account the position and guidelines issued by the Department of Islamic Development Malaysia (Jakim)," it said in a statement today.

The Education Ministry, in its statement today, said it is cognisant that schools are where unity is fostered.

"The culture and customs of different races should be known, understood and respected by all, including the school administrator, teachers and students.

"In an effort to foster the spirit of tolerance, mutual understanding and respect in a multi-racial society, the Education Ministry encourages the participation of students and school staff in all cross-cultural activities," it said.

The circular yesterday, issued by Education Ministry deputy director-general Adzman Talib, had conveyed to all state education directors on Jakim's position that Ponggal is "haram" (forbidden) for Muslims.

The letter also highlighted Jakim's guidelines on what Muslims should do if they had no choice but to attend the festival.

The state education directors were told to convey these to all school headmasters and principals.

Providing views from a religious perspective

Meanwhile, Jakim in a separate statement said it was merely providing views from a religious perspective and does not prevent the celebration of Ponggal.

"The view was issued following a request from the Education Ministry to Jakim on guidelines for Muslims involved in the Ponggal celebration.

"The decision on the matter lies with another ministry (Education Ministry).

"Jakim only provides views from the perspective of Muslims and does not prevent the celebration," it said.

It added that Jakim's syariah expert panel is also of the view that Muslims should greet their neighbours and friends celebrating the event and refrain from comments that could be deemed as insulting the gods of other religions.