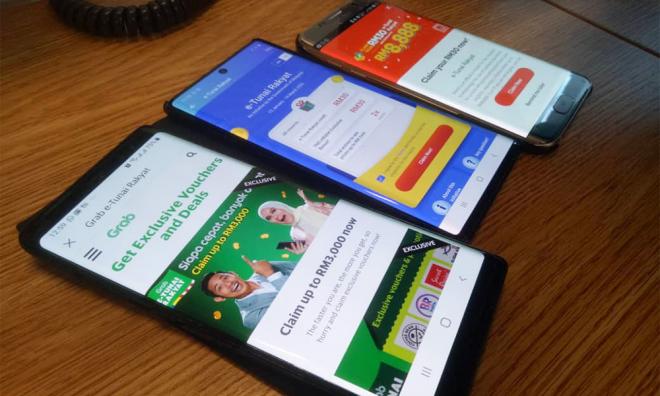 As e-Tunai scheme kicks off, payment firms slug it out with promos

Mobile payment firms are fighting over where consumers will have the RM30 from the e-Tunai Rakyat scheme deposited.

Since early this morning, all three firms involved in the scheme have unveiled a slew of incentives to draw in new registrations.

This is a summary of the offers, in no particular order:

The e-Tunai Rakyat scheme was announced by the federal government as part of Budget 2020.

The RM30 must be used up before March 14 or it will be forfeited.

GrabPay is a subsidiary of Singapore's Grab Holdings.