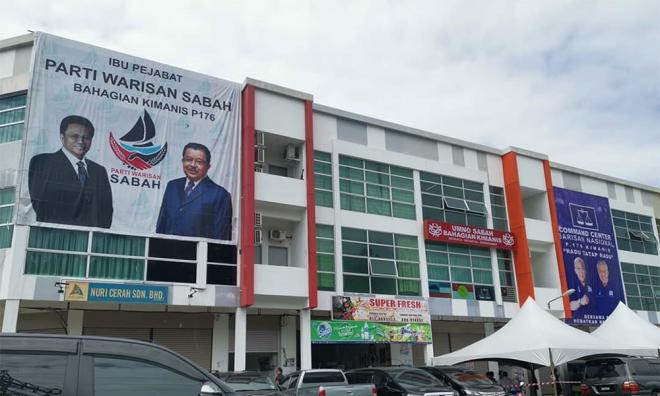 Kimanis by-election: Do or die mission for Warisan, BN

COMMENT | On Saturday, the people in Kimanis will once again go to the polls. The more than 29,000 voters will decide whether it is Warisan/Pakatan Harapan or Umno/BN.

This is not an ordinary by-election. It is arguably the by-election of all by-elections since GE14.

It is a litmus test for both Warisan and Umno. Warisan’s performance in the by-election is a reflection of its popularity. The by-election will gauge the people’s feelings and support towards the Harapan-Warisan-UPKO-led government.

If Warisan wins, it will give Chief Minister Mohd Shafie Apdal a major boost to lead Sabah until GE15. If Shafie can end BN’s winning streak, he will have the leverage to strengthen Warisan’s control over local politics.

Umno needs to win this by-election to open the possibility for the party to reemerge as a strong alternative to the Harapan-Warisan-UPKO coalition.

Sabah Umno has to prove that it is still a relevant party in Sabah. The Kimanis by-election is a golden opportunity for Umno to discard the perception that it is a party stuck in a time warp.

As the by-election is a do or die mission for both parties, choosing the “right” candidate is crucial. Warisan has chosen to field Karim Bujang, a former Umno stalwart and state assemblyman for Bongawan, while Umno has fielded Mohamad Alamin, the Kimanis Umno divisional head.

Both are no strangers to Kimanis voters. Both have their strengths and weaknesses. The voters know their track records and backgrounds well.

The issues in the by-election vary from issues such as infrastructure to the PSS (Pass Sementara Sabah) or Sabah Temporary Pass. BN has so far campaigned heavily against the PSS, persuading voters to reject Warisan as the PSS is akin to allowing illegals to stay in Sabah for good and a stepping stone for them to apply for citizenship.

The narrative revolves around the slogan, "one vote for Warisan is a vote for the PSS”. Joining BN in attacking Warisan are members of the Gabungan Bersatu Sabah (GBS) — PBS, STAR and SAPP.

This is an interesting partnership, one without a structured platform but a common issue as a basis for strategic cooperation.

No matter how hard Warisan is trying to allay public fears over the PSS, the sentiment is that a substantial number of Sabahans are not convinced that it is an effective strategy to solve the problems of illegals in Sabah.

It appears that people have more doubts now despite the explanation by Warisan leaders. The PSS could be one of the potent issues that could tip the balance of power in BN’s favour in Kimanis and beyond if it is not handled well by Warisan.

The PSS is like MA63. It has become a polemic as well as an emotive issue that can be easily exploited to win votes. Warisan is taking a huge risk in introducing the PSS as its effectiveness can only be seen when it is fully implemented.

Thus, without an effective communication strategy and a long-term plan to address the issue of illegals, the PSS will continue to be Warisan’s weak point.

"Development" is still a popular issue. Warisan campaigners urge voters to vote for Warisan for the sake of development (the same strategy used by BN before).

However, development as an issue is hard to sell nowadays especially if it is sold by those who failed to deliver when they were in power but now seeking to be reelected.

In Kimanis, ethnic factor plays a role but it is not always as straightforward as in Peninsular Malaysia. Ethnicity is often overshadowed by regional sentiment, cultural and religious similarities and family ties.

So, how the Brunei Malay, the Kadazandusun and the Chinese voters vote will not solely be determined by ethnoreligious sentiments alone.

It looks like Warisan has the advantage given that it controls access to state resources and machinery. But as GE14 shows, patronage politics and a well-oiled campaign machinery are no longer effective weapons to galvanise support.

Sabahans have the habit of punishing their leaders at the polls. Kimanis voters can go against the tide.

Whatever the outcome of the by-election is, the state government will remain under the Harapan-Warisan-UPKO coalition.

But the Kimanis by-election is enough to measure the feelings of the electorates towards the performance of the government of the day and its elected leaders.