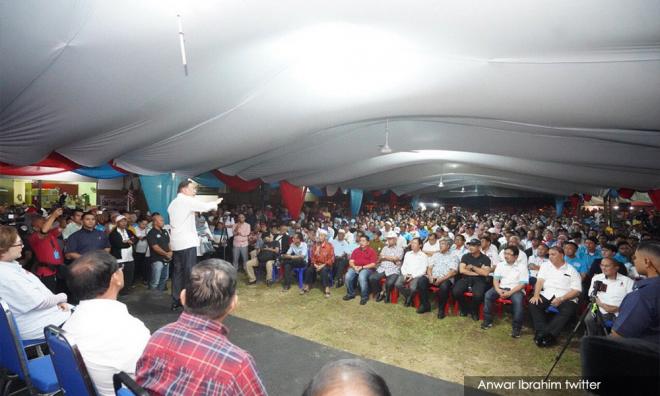 KIMANIS POLLS | PKR president Anwar Ibrahim has told the Kimanis voters to support the non-corrupt candidate Warisan's Karim Bujang to take care of the interest of the people in Kimanis.

Addressing a strong-crowd of 800 at the Pimping last night, he said BN had contributed to build schools and roads in Sabah during its rule.

"I am here not to say BN had done nothing at all. It's not true as there are schools and roads. But I am telling you that there were plenty of leakages and misappropriation," said the Port Dickson MP.