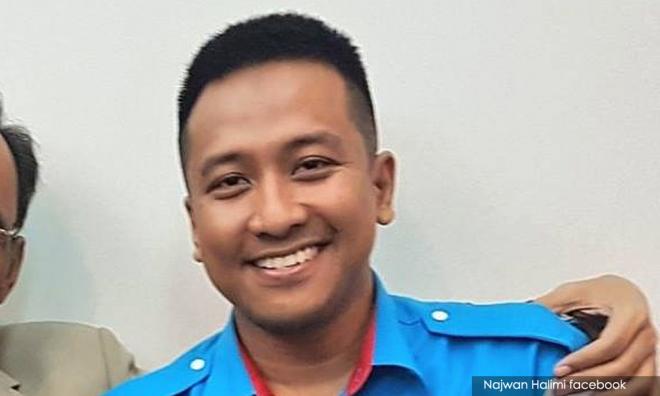 Set a specific date for transition just like in 2002, Dr M told

Prime Minister Dr Mahathir Mohamad needs to set a specific date for the transition of power to Anwar Ibrahim, just like he did back in 2002 with his successor at that time Abdullah Ahmad Badawi.

Selangor PKR Youth chief Najwan Halimi (photo) said when Mahathir expressed his wish to step down as prime minister in 2002, BN leadership at that time urged him not to do so immediately and suggested he set a specific date in the future instead.

As such, Mahathir and Abdullah set a date for the transition of power on Oct 31, 2003, he recalled.

“Throughout the waiting period for the transition of power, the country’s administration went along as usual without any big issues or problems.

“We should respect the stand and commitment of Mahathir who has consistently said he will step down and hand over the leadership of the government to Anwar as the new prime minister.

“Whether the transition of power between Mahathir and Anwar happens in May 2020 or after the Apec meeting in November 2020 as promised by Mahathir, what is vital is the need to set a specific date for that express purpose,” Najwan said in a statement today.

He said this was important as it would stop all speculation and unhealthy politicking which has affected the running of the administration and created uncertainty among investors.

“Anwar has repeatedly said he wants a peaceful and organised transition of power, and as mentioned by Mahathir, he leaves it up to the Pakatan Harapan presidential council, so it should be the presidential council that decides on this matter together,” he said.

There is no reason for the presidential council to not set a date on this matter if the same could be done between Mahathir and Abdullah back in 2002, Najwan said.

“Immediately decide on a date for the transition of power between Mahathir and Anwar so that everyone can move forward to continue their services and duties as given by the rakyat without wasting time caring about trivial speculations,” he said.