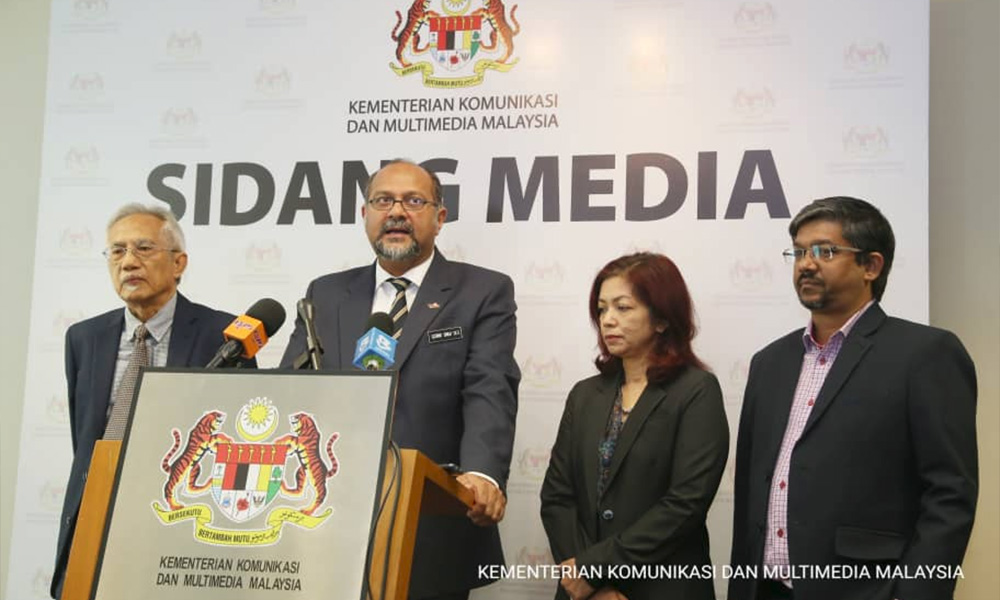 Forty-five years after it was first mooted, the Malaysian Media Council is finally taking shape with the appointment of a 17-member pro-tem committee.

This followed a consultation session between stakeholders, Communications and Multimedia Minister Gobind Singh Deo and the media adviser to the government A Kadir Jasin in Putrajaya today.

Speaking to reporters later, Gobind said the committee is tasked with finalising a draft of the Malaysia Media Council Act.

The committee has two months to address five issues, including the self-regulating body's final function and mandate, its constitution and membership.

"The media council will cover all types of media in Malaysia, including print, electronic and online.

"It aims to strengthen and ensure that freedom of the press and rights of its practitioners are covered, while at the same time promote ethical media practices," said Gobind.

As a self-regulating body for the media industry, the minister said, the council would also be empowered to act on public complaints against the media.

It will examine existing media laws on whether they should be abolished or amended when the council is set up.

Gobind also announced the appointment of Malaysiakini CEO Premesh Chandran as the head of the pro-tem committee.

Premesh's appointment was earlier agreed to by the stakeholders present during the closed-door consultation session.

Others on the committee include Chamil Wariya and Yong Soo Hong from the Malaysian Press Institute (MPI) and National Press Club chairperson Ahirudin Attan.

Also on board is the media NGO Centre for Independent Journalism as well as various media owners.