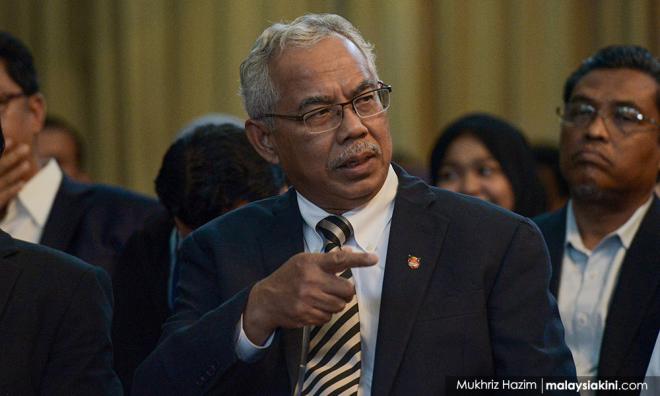 Yoursay: Politics and race, and the woes of UiTM

YOURSAY | ‘How could someone who did not meet the standard allowed to graduate in the first place?’

Coward: Universiti Teknologi Mara (UiTM) vice-chancellor Mohd Azraai Kassim did not deny that there are still graduates from his university who have not reached the standards and qualities expected.

How could someone who did not meet the standard allowed to graduate in the first place? This is why many people do not place faith in UiTM’s graduates.

One of the university’s primary duty as an educator is to ensure the students are fully equipped and ready to face the outside world upon graduation.

Adam Ningau: How much longer is UiTM is going to help the Malays?

If the graduates produced by UiTM have generally not been able to make the grade in the real world, is it still viable to carry on with the same bumiputera agenda for the university?

Despite being provided with various advantages and aids, UiTM still fails to be among the top universities in the country.

MS: Institut Teknologi Mara (ITM), before it morphed into UiTM in 1999, was in fact a remarkable institution with laudable social and educational objectives powered by innovative programmes.

The principal reason for that was the maverick Arshad Ayub, who chose to surround himself with academicians and educators of calibre, the majority of whom were non-Malays with credentials and commitments second to none.

The country's first law programme was in fact started here as were many other singularly innovative programmes in wood and textile technology, mass communication, electronic and electrical engineering, applied sciences, art and design.

The fact that liberal arts courses in Asian and European Literature, Theatre, Language and Logic and Music interspersed with offerings in the Performing and Visual Arts were allowed to flourish and be taught in English in an all-Malay environment is testimony to the far-sightedness of its visionary director who also saw to it that the Malay environment was balanced with a large non-Malay teaching staff. (A running joke then was that ITM stands for Indians Teaching Malays).

The place was academically enriching, it was multicultural, and the students were a delight to teach and nourish.

It was, without exaggeration, a truly Malaysian environment with hardly a tinge of the overt racism and bigotry we face today.

All of that came to an abrupt end in the mid-70s when Dr Mahathir Mohamad became education minister. Arshad was removed shortly after.

Supervising the deliberate and oftentimes ruthless dismantling was the exact anti-thesis of Arshad - the loud and boorish Lokman Musa, who became the template for successive ‘Ketuanan Melayu’ administrators.

It was downhill from that point on, with the worst of Malay politics taking centre stage in everything from academic standards, appointments, recruitments and Islamic indoctrination.

Turvy: I too remember the time under Arshad, when the institution, true to its objectives of broadening bumiputera access to higher education, brought together diverse sections of the Malay community and gave them a sound education.

ITM, as it was then known, was exclusively for the bumiputeras but it was not racist. Arshad recruited good teachers, not for their race or religion, but for their ability. But all that changed.

The discontent was not only from outside, with the changing policies and the governance of the institution, but from within, with the way the changes began to discriminate even those from the community defined as bumiputera.

The danger with educational institutions taking on the mantle of defenders of this and that is that the new mission becomes a cover for the incompetent.

Respectable academics from across the communities will be slow to take up positions there. The students, for whom the institution was established to educate, will suffer.

David Dass: I disagree with the widely-believed opinion that all UiTM graduates are not up to standard.

I think that UITM is a good institution and their graduates in law and engineering are sought after. The fact that they are taught in English is a positive factor.

I believe that it would be an even better institution with the admission of more non-Malay students.

It looks like our politicians favour the latter as it is easier to achieve this by bullying those whom they deem are the better ones.

We should not be like the crabs trapped in the basket pulling down everyone from wanting to climb out of the quagmire.

As an educator, does Azraai think he can prevent others from progressing in today's world? He must be dreaming.

He needs to just ask himself why the nation's education had dropped this far, with even the likes of Vietnam overtaking us in the latest Pisa (Programme for International Student Assessment) result.

Despite the deteriorating standard of Malaysian education, Azraai and his ilk are concerned with an environment that is shrinking in size when the rest of the world are expanding their influence to compete in a global environment.

yoursay
education
uitm
mohd azraai kassim
race & religion
Related Reports
Yoursay: Khairul Azam, unity is not a synonym for subjugation
a year ago
UM climbs to 13th in QS Asia university ranking
a year ago
Yoursay: The message is minorities should know their place and shut up
a year ago
Universities are only as good as their VCs
a year ago