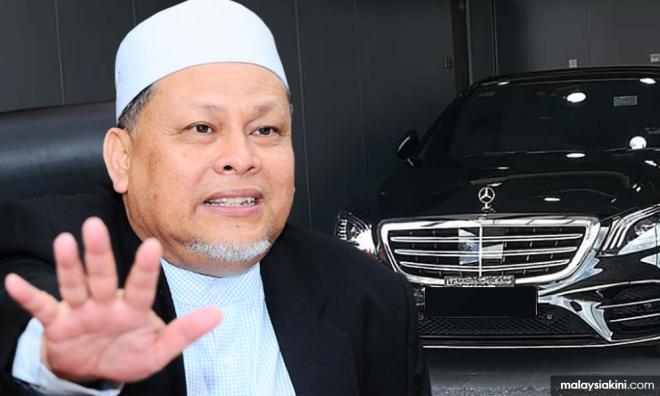 The RM400 million “one-off” allocation provided by the Federal government last year to Kelantan was to improve the economy and welfare of the people and not for buying luxury vehicles for members of the state government.

Kelantan Deputy Menteri Besar Mohd Amar Nik Abdullah (photo) said the state government had strategised several plans to use the allocation for people in the state.

"Some of the assistance will be used for affordable housing and clean water supply. Clean water supply should have been resolved after Kelantan cooperated with the National Water Services Commission (Span) but it had its own problems so we had to find other ways to solve the issue.

"The state government has a plan in place and we are going to look at priority concerns in spending this money," he told reporters after delivering a lecture at Medan Ilmu in Kota Bharu today.

Commenting on the purchase of Mercedes vehicles for members of the state government, Mohd Amar said the matter had been decided since 2018.

"We did the purchase in stages using the state government's budget. For three consecutive years we have a surplus in the budget, including RM45 million last year, so logically speaking it is within our budget.

"The decision to buy the Mercedes was made before the federal government gave the ‘one-off' assistance. So this is a non-issue," he said.

He said according to the government's standard practice, official vehicles used by members of the administration would need to be changed every five years but Kelantan would take between 10 and 12 years to do so.

"For instance, I’ve been using the Mercedes since 2007 and the maintenance costs over the last few years are around RM200,000 so it is better to get a new one.

"At least the cost of maintenance within five years of using the new vehicle is free. That's our view," he said.