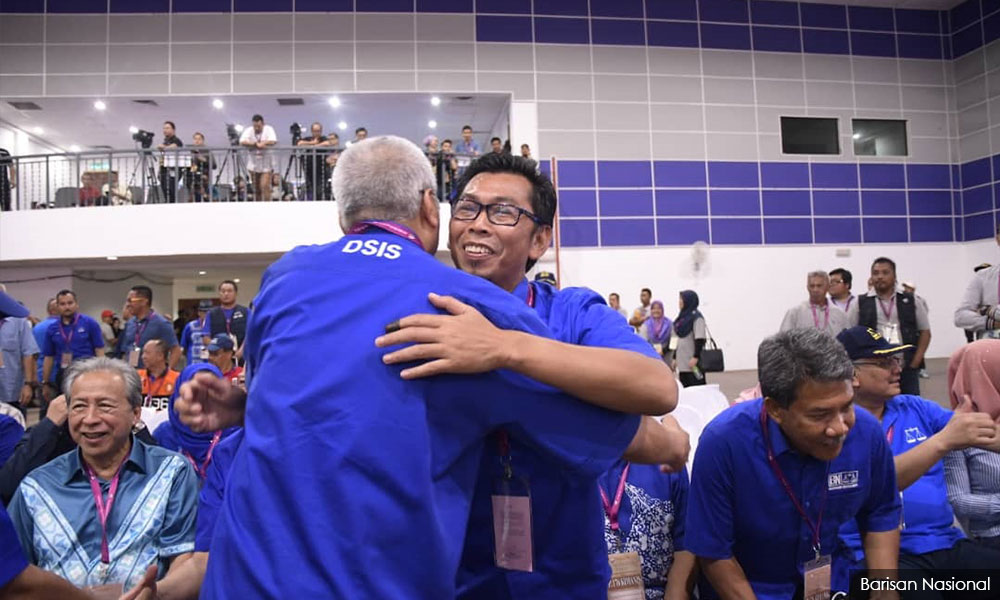 KIMANIS POLLS | BN's Mohamad Alamin has officially been announced by the Election Commission as the winner of the Kimanis by-election.

There were 320 rejected votes. The turnout was 79.92 percent, the highest ever for the ten by-elections held since the 14th general election.

BN won Kimanis in the last general election but lost control of the parliamentary constituency when its incumbent Anifah Aman quit Umno in September 2018.

The by-election was called after the Election Court voided Anifah's May 2018 win in Kimanis on the grounds that the Election Commission (EC) at the time failed to comply with the proper election procedures.

Anifah sat out of this by-election but backed BN despite having quit Umno.

There were 29,664 eligible voters for the by-election today.