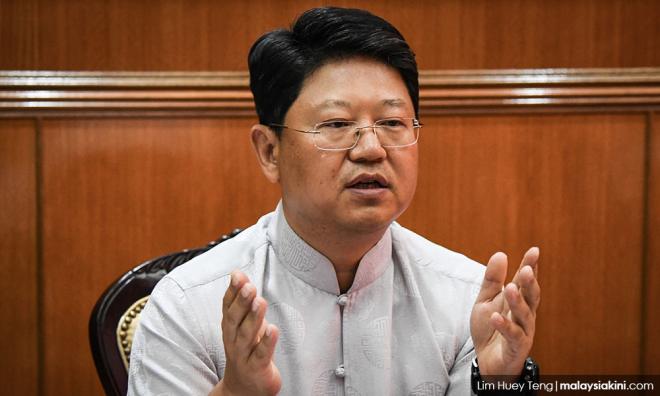 “When our investors come to Malaysia, they would not only look at the country’s fundamentals but also the bilateral relationship between the countries and what they can expect in a long-term investment.

“We believe that with the encouraging investment atmosphere and friendship with Malaysia, we will continue to work closely and create greater awareness on investment opportunities in Malaysia,” he told a press conference after a memorandum of agreement (MoA) signing ceremony in Kuala Lumpur today.

“Previously it took about six to nine months to approve an investment, but with this CSC, we are simplifying the process and will look into the matter every month, as the Chinese cannot wait too long following the ongoing US-China trade issue,” said Darell (below).

Earlier during the InvestKL’s Economic Outlook 2020 panel discussion, he said Malaysia should also be tapping into the agriculture, automotive and information and communications technology (ICT) sectors to strengthen the country’s competitiveness and improve the supply chain in the respective sectors.

With the adoption of Industry 4.0, Malaysia, he said, is capable of producing more of its own food and products thus enabling the country to become self-reliant in the future.

Meanwhile, at the same session, Pamela Qiu, the network director of the South-East Asia chapter of the Economist Corporate Network, said Malaysia was projected to grow about 4.4 percent this year.

“This is despite the uncertainty of the external economic environment in the next 12 months which includes the US-China trade war.

“While global growth is expected to grow at an average of 2.4 percent, Malaysia’s steady growth rate coupled with the right high-skilled workers, infrastructure as well as English-speaking population would help to attract more foreign direct investments,” she said.

She added however that tricky issues surrounding the US-China trade war, the position of countries which are splitting the global trade system and destabilising the global financial system following the trade war, and low global growth could dampen the positive outlook of the economy.