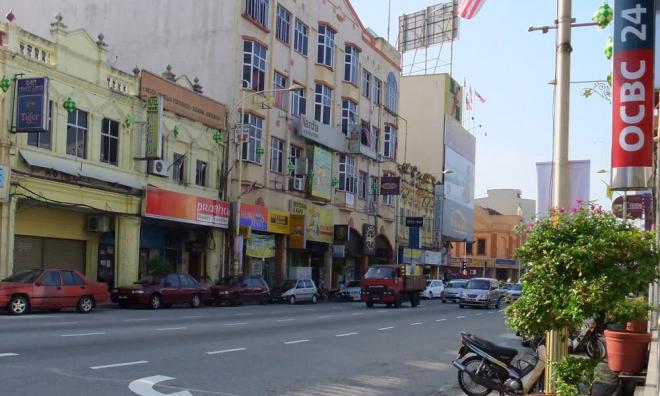 Seremban is now a city

Also present were the four Undang of Negeri Sembilan, Tunku Besar Tampin as well as the state administrative line-up.

The ceremony began when Housing and Local Government Minister Zuraida Kamaruddin presented a letter proclaiming Seremban as a city to Tuanku Muhriz before it was handed over to Menteri Besar Aminuddin Harun.

The ceremony was followed by the reading of a letter on the appointment of Zazali Salehudin as the first Seremban mayor by Aminuddin (below) in the presence of Tuanku Muhriz.

Zazali then pronounced his acceptance of the position and declared his pledge of loyalty.

Tuanku Muhriz then consented to hand over a pendant of office and a mace to Zazali.

On Nov 12, 2008, the state government had approved a proposal to merge MPS and MPN into one entity, besides upgrading it into a city council.

Aminuddin, when met by reporters, said that with the formation of MBS, it was hoped that the city of Seremban could handle the changes of the world without borders and maintain the beauty of a clean and green city.

"In strengthening the sustainable development in the Seremban District, one of the strategies is to mould a competitive society in numerous aspects," he said.

He added that the state government was confident the establishment of MBS would have a positive impact in stimulating the economy and the development of the communities by touching on various aspects and simultaneously upholding the policies planned by the federal and state governments.

"With the support and encouragement of all parties, everything planned will be on the right track to facilitate administrative businesses and end with a good conclusion," Aminuddin said.