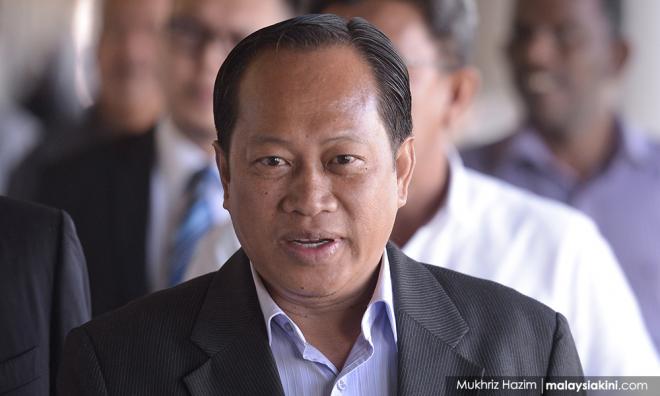 Pontian MP Ahmad Maslan was charged in the Kuala Lumpur Sessions Court today with failing to declare RM2 million which he received from ex-premier Najib Abdul Razak to the Inland Revenue Board (IRB).

He was also charged with giving a false statement to the MACC.

However, he pleaded not guilty to both the charges after they were read out to him before judge Azman Ahmad.

Before entering chambers, Ahmad Maslan read out a four-line pantun (poem) in which he declared himself to be innocent and a victim of tyranny.

Umno president Ahmad Zahid Hamidi, secretary-general Annuar Musa and other party leaders Tajuddin Abdul Rahman, Noh Omar, Asyraf Wajdi and Lokman Adam were present in court as a show of support for Ahmad Maslan and former minister Shahrir Samad who is also being charged in an adjacent court with failure to declare RM1 million he received from Najib to the IRB.

According to the charge sheet, Ahmad Maslan purportedly gave the false statement to MACC in which he denied receiving RM2 million from Najib as well as denying any knowledge of the cheque for the funds.

The MACC alleged that he knew it was untrue at the time of the statement.

Judge Azman set bail at RM500,000 and ordered him to surrender his passport.

The next date for case mention is on Feb 21.

If convicted on both charges, Ahmad Maslan could face up to RM8 million in fines or jail time of up to 10 years or both.