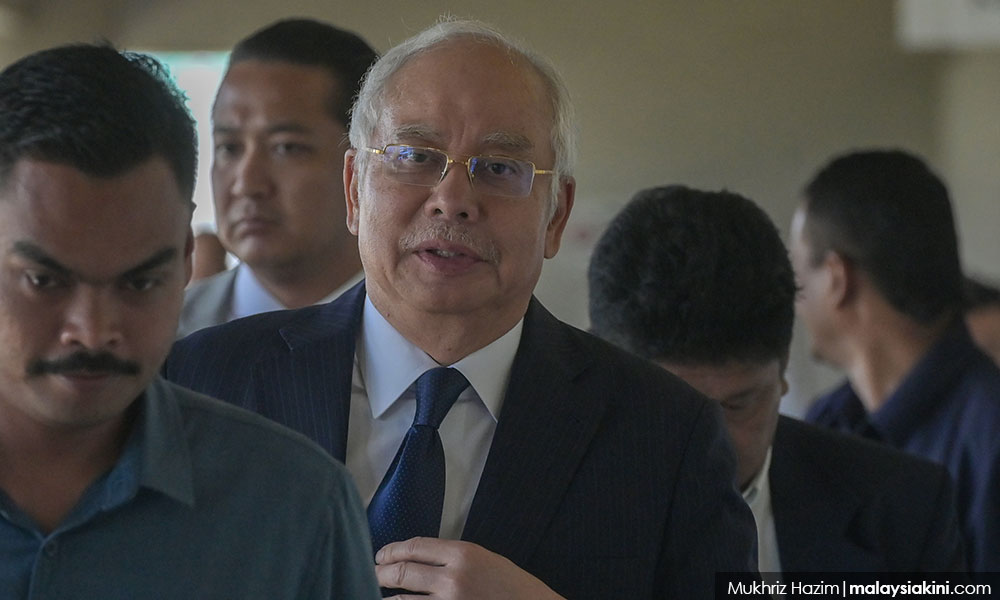 NAJIB TRIAL | The Kuala Lumpur High Court will decide tomorrow on Najib Abdul Razak's application to allow an expert to determine the authenticity of his signature on 13 documents tendered as evidence.

Judge Mohd Nazlan Mohd Ghazali will deliver his verdict tomorrow at 9am. The court has been hearing arguments on the application since yesterday.

Najib's lawyers had submitted the application on Dec 19, only after the court had ruled that the accused had to enter his defence.

Yesterday, Najib's lawyers submitted that the onus was on the prosecution to prove that the 13 documents legitimately contained Najib's signature.

Therefore, lawyer Harvinderjit Singh told the court, the defence need not have questioned the authenticity of the signatures at the prosecution stage.

In response, DPP V Sithambaram submitted that Najib's application to dispute the authenticity of the documents was a mere afterthought.

He said the defence had every opportunity to dispute the authenticity of the document during the cross-examination of prosecution witnesses.

"Suddenly, the doubt has crept into their minds as a result of matters they discovered during the trial."

Sithambaram also pointed out that if the accused had doubts about the authenticity of the signatures - on documents that were acted on by figures related to the SRC International Sdn Bhd saga - then the accused should have lodged a police report.

"(The accused would have) known of the (alleged) forgery even before the trial," he said.

Sithambaram also accused the defence of filing this application as a tactical manoeuvre because the prosecution had already closed its case.

He said the accused under cross-examination is requesting to sight the original documents before confirming whether it was his signature.

However, the prosecution can no longer tender new evidence after the defence is called, he argued.