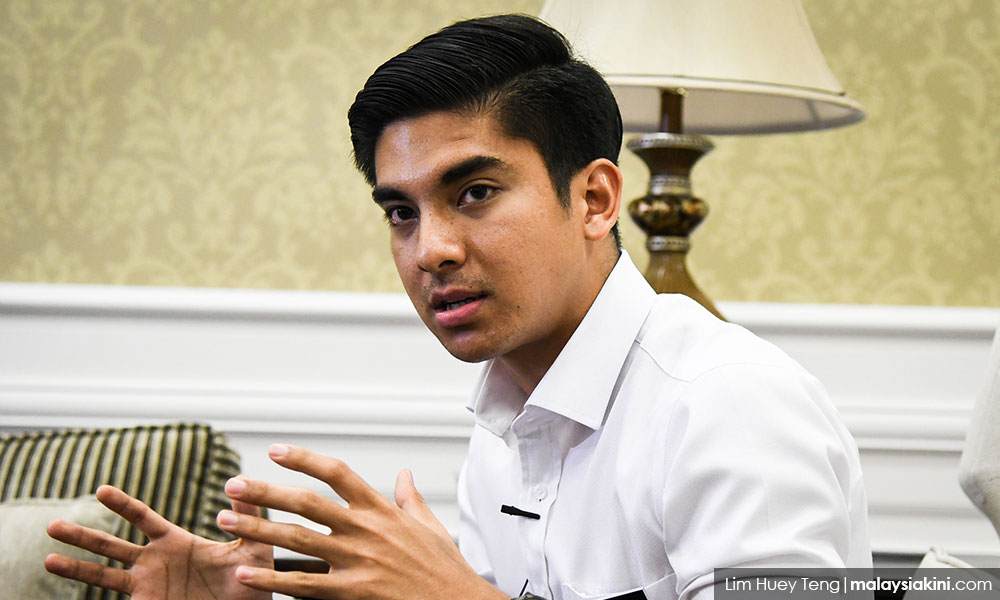 Pakatan Harapan Youth chief Syed Saddiq Syed Abdul Rahman launched a broadside on several leaders of the coalition for their incessant attacks on Prime Minister Dr Mahathir, which he said made it difficult for the latter to administer the nation.

He also named several of these “fervent supporters of (PKR president) Anwar Ibrahim.”

Syed Saddiq (above), who is a member of the Harapan presidential council, said Mahathir has never breached his promise with regard to passing the leadership reins to Anwar.

“Whenever he is asked about the transition, Tun (Mahathir) always provides a firm answer that he would relinquish the post to Anwar.

“Although pressured left and right by Anwar's allies, Tun is committed to this. He has great respect for the Harapan consensus.

“The question is why are these fervent supporters of Anwar (the abovementioned names) do not stop questioning Tun's position as the prime minister?” he asked in a Facebook posting this evening.

Syed Saddiq's vitriol comes in the wake of Ramkarpal stating that Mahathir should accept responsibility for Harapan's defeat in a string of by-elections.

Among others, the DAP MP argued that a clear timeframe for the transition of power between Mahathir and Anwar must be put in place to arrest the declining public support for the coalition.

Syed Saddiq pointed out that these individuals have questioned Mahathir's position since last year and had turned their backs on the Harapan consensus.

“Mahathir has not held the prime minister's post for two or three years and they are already pressuring him to resign.

“How can Tun administer the nation if he is pressured and attacked daily by those who are considered Anwar's allies?” he asked.

Apart from being irresponsible and indisciplined, Syed Saddiq said their actions could also be considered as not prioritising the interests of the people and nation.

“If they can turn their backs on the Harapan consensus and agreement, can I do the same if I want to? Get your house in order.

“Stop demanding for our democratically elected prime minister to step down and please respect Harapan's consensus,” he added.

Despite Mahathir and Anwar's repeated assurances that the transition would take place as promised, speculation is still rife if this would materialise due to the absence of a clear timeframe.

In an interview with Reuters last month, the 94-year-old premier said he would remain at the helm until the Asia-Pacific Economic Cooperation (Apec) countries summit in Kuala Lumpur in November.

“As far as I am concerned, I am stepping down and I am handing the baton to him (Anwar). If people don't want him, that is their business, but I will do my part of the promise… irrespective of whatever allegation. I made my promise, I keep my promise,” he added.

Various quarters have argued that the uncertainty over the leadership transition does not bode well for the economy and investor confidence.