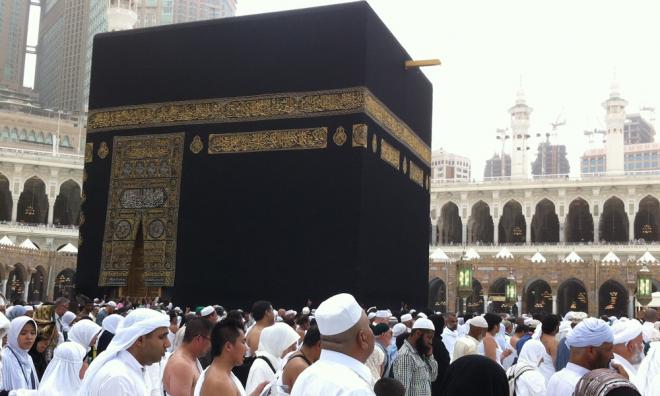 The official quota for Malaysian pilgrims for this year’s haj season has been increased to 31,600 from 30,200 last year, according to Mujahid Yusof Rawa.

The minister in the Prime Minister’s Department said the increase of 1,400 pilgrims in the quota was a result of the discussions between the governments of Malaysia, through Tabung Haji (TH), and Saudi Arabia, to reflect the increase in Malaysia’s population.

“Previously, we were given a quota of 30,200 pilgrims based on 0.01 percent of our non-updated (30 million) population, but according to the 2017 figures from the United Nations, the population of Malaysia had increased to 31.6 million.

“As the OIC (Organisation of Islamic Cooperation) stipulates that each country gets a haj quota of 0.01 percent of its population, we hence notified (the Saudi Arabian government of) the increase in Malaysia’s population according to UN’s new statistics,” he told a special press conference at the Kuala Lumpur International Airport in Sepang today on arrival from a three-day visit to Saudi Arabia.

During the visit, Mujahid also held a meeting with Saudi Arabia’s Minister of Haj and Umrah, Dr Mohammed Saleh bin Taher Benten, in Mecca, during which they discussed early arrangements and preparations to serve pilgrims from Malaysia during the 1441H haj season.

He also held a meeting with Saudi Minister of Islamic Affairs, Dawah and Guidance, Sheikh Abdullatif bin Abdulaziz Al-Sheikh, in Riyadh, before returning to Malaysia.

Mujahid said the increase in the haj quota would definitely help reduce the number of and the waiting period for pilgrims to perform haj pilgrimage.

“Insya-Allah, a total of 31,600 Malaysian pilgrims will get to perform haj pilgrimage this year,” he said.

When asked about TH preparations in facing the increase in haj quota, the minister said:

“Alhamdulillah... of course when we asked for an increase in the quota, we also made sure that TH is well prepared and that every aspect (of haj operations) has been taken into account.”