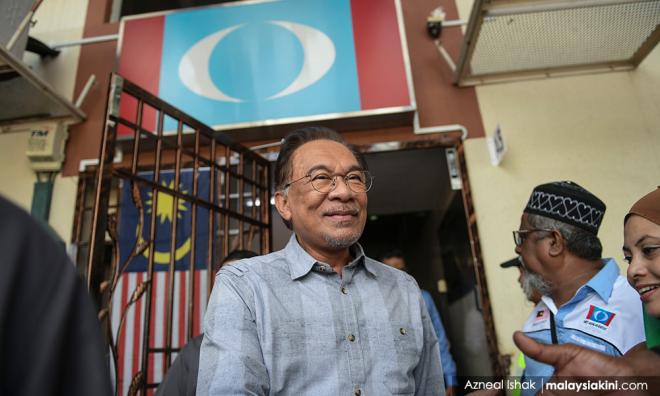 “They (the board) are waiting for Zuraida's answer (to her show-cause letter). I am sure they will make a good decision,” he added.

Anwar said although the disciplinary committee was appointed by the leadership, it did not mean that he could force them to make a certain decision.

“Ahmad Kassim (the disciplinary board chairperson) has written something but did not explain the details to the leadership.

“I believe this is part of the board's process,” he added.

The disciplinary board had issued a show-cause letter to Zuraida but the reason for this was not made public.

The housing and local government minister, who is aligned to PKR deputy president Azmin Ali, indicated the letter could be related to her speech which was critical of Anwar at a hotel in the capital last month.

“They are not unanimous. Some also told me they did not sign the statement.

“They are asking the disciplinary board to rescind the show-cause letter but the board is independent,” he added.

The PKR leaders, who inked the statement, claimed there was a persistent effort to undermine unity in the party despite attempts at reconciliation.

They pointed out at that several PKR leaders, including Azmin and his supporters, who had been absent from the party's political bureau meetings for a protracted period due to a feud with Anwar, decided to meet at the discussion table on Jan 8.

“Following that meeting, the deputy president (Azmin) issued a statement that 2020 should start with a new page where mutual respect and understanding would be strengthened in the interest of party unity.

"However, the elected central leadership council leaders, MPs and state assemblypersons regret that there is a plan to ensure this consensus fails through provocations," they said.