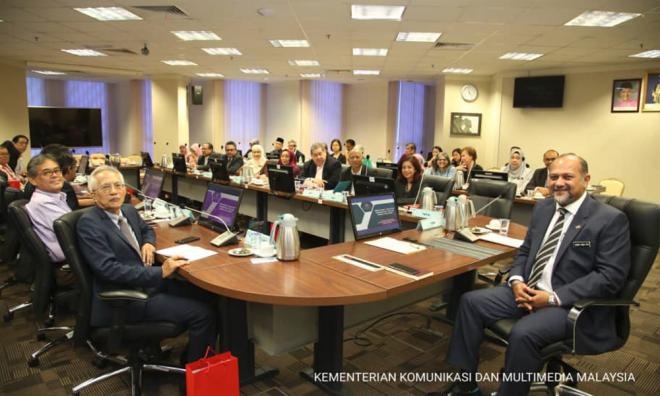 The government’s role with regard to the proposed Malaysian Media Council will be to table a bill on behalf of media industry players to set up the entity through an Act of Parliament, according to a veteran journalist.

Chamil Wariya, CEO of the Malaysian Press Institute, said the media industry players could not table a bill in Parliament and, as such, government assistance was necessary.

“The state comes into play because we have come to a consensus that the media council must be set up by an Act of Parliament.

“That’s why we have sought the assistance of the (Communications and Multimedia) ministry to have the bill tabled in Parliament.

“That’s the only role of the state (in the setting up of the council),” he said as a guest on the Ruang Bicara programme, Malaysian Media Council - Empowering the Media World, over Bernama TV on Tuesday night.

The 17-member pro-tem committee was set up on Jan 16 at a meeting of leading media practitioners (photo above).

It has given itself two months to come up with proposals for a bill to formalise the formation of the council by way of an Act of Parliament.

The formation of the pro-tem committee fulfils a promise by Pakatan Harapan in its manifesto for the 14th general election held in May 2018 to facilitate the setting up of a media council.

The Malaysian Media Council will also function as an ombudsman with regard to public complaints against errant members.

It will promote and regulate media ethics, uphold professionalism through standards-setting, and promote and uphold media freedom.