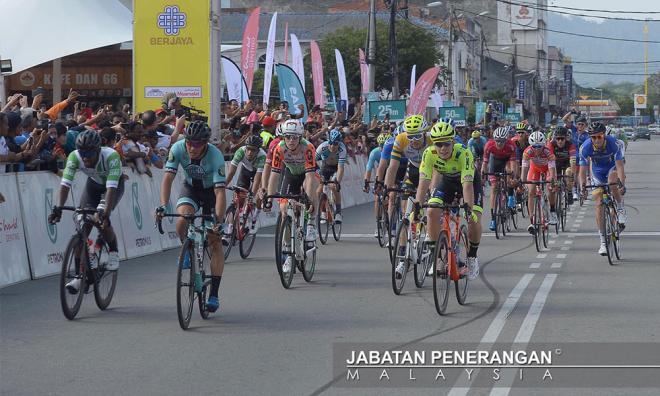 To date, only one World Tour team, NTT Pro Cycling, has confirmed participation in LTdL 2020 which is scheduled from Feb 6-15, where the minimum requirement for the tour to remain in the International Cycling Union (UCI) Professional Series (ProSeries) is to have three teams.

Malaysian National Cycling Federation (MNCF) president Abu Samah Abdul Wahab, who confirmed this matter, said LTdL 2020 would take place as scheduled and that it would convince UCI to maintain its status in 2021.

He said the MNCF was also trying to get Kazakhstan outfit Astana Pro Team 2020 and another team from Australia to ensure that at least three World Tour teams participated in the race.

"The organisers already knew the terms set by UCI. I don't know what their internal issues are and I don't want to comment on that.

“By right after LTdL 2019 was completed in April, the organiser could have begun preparations for this year as the date set by UCI is the same (February).

“The one who promised to bring the eight teams was the technical director of Human Voyage. According to UCI's terms, out of eight, there should be at least three World Tour teams and five from the continental Pro team.

"I am confident that this year we can get an exemption from UCI but for next year, if we don’t prepare early on, we would be shooting ourselves in the foot because the UCI will be reviewing after three years and if we are found to have not complied, the status of the event will be demoted," he said after a SEA Games post-mortem meeting in Kuala Lumpur today.

Human Voyage (M) Sdn Bhd was appointed by the Youth and Sports Ministry in January 2019 as tournament organiser for LTdL from 2019 to 2021.

LTdL 2020 involves eight stages of racing, starting in Kuching and finishing in Langkawi, in addition to two additional races, the Kota Kinabalu International Criterion on Feb 6 and the Malaysian International Classic Race in Langkawi on Feb 15.