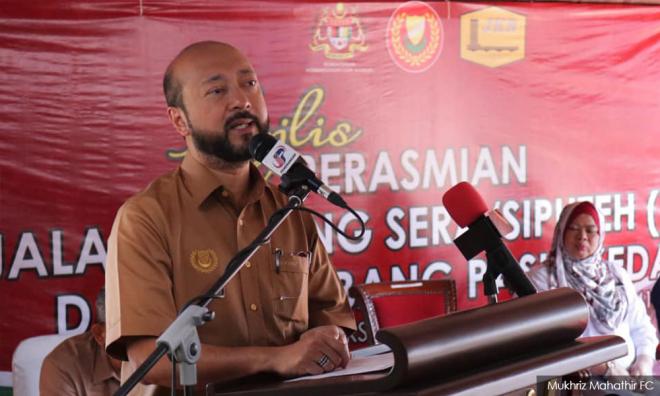 The Kedah state government has awarded an international company the contract to draw up a development master plan for the Kulim International Airport (KXP), said Menteri Besar Mukhriz Mahathir.

Without disclosing details, Mukhriz (photo) said the contract awarding process had gone through a complete evaluation and had taken a rather long time to ensure transparency.

"Soon we will make an official announcement on the awarding of the contract for the master plan for KXP,” he said when asked to comment on the development status of the airport after officiating at the Jalan Padang Sera/Siputeh upgrading project in Jitra today.

Mukhriz said initial works on the land to build the KXP had not started as currently, the state government was still at the land acquisition stage.

Meanwhile, he said, a number of projects in the state including Kedah Rubber City in Padang Terap and Northern Gateway in Bukit Kayu Hitam had commenced, showing the state government’s commitment to implementing the projects planned.

"We’ve done with the planning, the strategies are already there, so the end of 2019 and this year is for us to implement what has been planned," he added.

Prior to this, Mukhriz had reportedly said the state government hoped that KXP could operate by 2024 to meet the cargo and logistic needs, especially in Kulim and Penang.