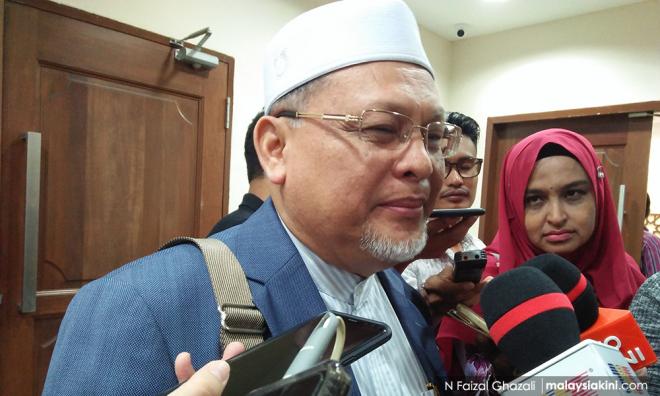 The PAS man claimed that such luxury vehicles had been used since the administration of former menteri besar the late Nik Abdul Aziz Nik Mat, who was revered for his simple approach to life.

"The use of Mercedes-Benz harks back to the time of Tok Guru (Nik Aziz).

"I was an exco, I used a Mercedes-Benz E230. So we just changed the old Mercedes to the new ones.

"Security is the biggest factor. It should not be an issue but it has become one," he told Astro Awani today.

On Jan 15, Malaysiakini reported that a Kelantan state government source had revealed that a Mercedes-Benz with registration number plate "DV 1" was the new official vehicle for the use of Chief Minister Ahmad Yakob.

Putrajaya had previously given the PAS-led state government a one-off allocation of RM400 million to improve the welfare of the people.

It was then revealed that the state government invested in 14 Mercedes-Benz cars, including a premium S450 L AMG valued at more than RM600,000 for the menteri besar.

Furthermore, a source then told Malaysiakini that in addition to receiving a Mercedes-Benz, Ahmad Yakob and 13 of his executive councillors have allegedly received a RM50,000 bonus each.

Meanwhile, Mohd Amar distinguished between the Mercedes-Benz used by the state leaders and the menteri besar.

"The menteri besar's car is different, the excos use the E220 model and the price for the government is discounted," he added.