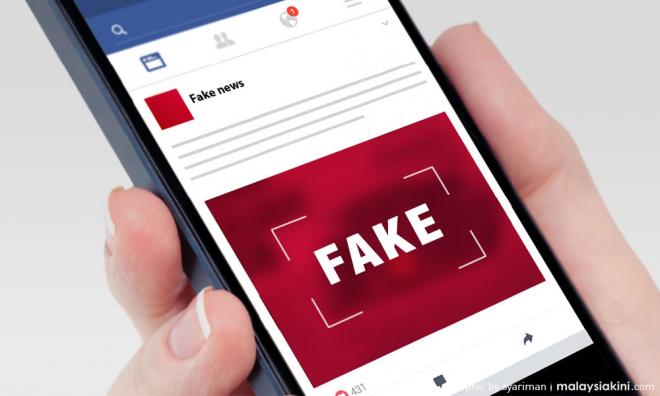 The Malaysian Communications and Multimedia Commission (MCMC) has announced the detention of four more individuals suspected of distributing fake news content about the novel coronavirus outbreak.

MCMC said enforcement officers from the commission carried out four raids with the help of the police.

"The four raids were carried out separately by the PDRM and the MCMC, two in Malacca and one each in Kedah and Pahang," said the MCMC in a statement today.

Those detained between 11am and 5pm today included a part-time tutor, 49, from Alor Setar, two pharmaceutical assistants aged 25 and 30, arrested at Peringgit and Merlimau, Malacca and a student, 24, at a public higher education institution in Kuantan.

The MCMC said four smartphones, five SIM cards and two memory cards were seized from the four suspects in the operations.

"All the suspects are being investigated under section 233 of the Communications and Multimedia Act, which provides for a year in jail and a maximum fine of RM50,000, or both.

"The offender is also liable to a further fine of RM1,000 for every day or part of a day during which the offence is continued after conviction," It said.

The MCMC added that alongside the police, it will continue to intensify efforts to control the spread of fake news for the sake of preserving public peace and order.

Earlier today, the MCMC announced the arrest of a man in Bangi yesterday while Bukit Aman Criminal Investigation Department (CID) director Huzir Mohamed also issued a statement claiming that they have opened five investigation papers against netizens, all for spreading fake news.