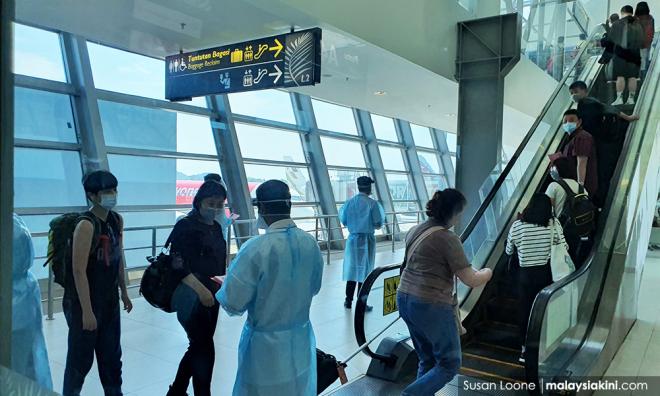 M'sia more proactive in containing coronavirus, compared to SARS in 2002

CORONAVIRUS | Malaysia has been more prepared and proactive, having also acted faster in containing the novel coronavirus compared to previous times when faced with dangerous infections such as SARS (Severe Acute Respiratory Syndrome), the Nipah virus and Ebola.

Infectious disease specialist Dr Christopher K C Lee told Bernama yesterday that its experience in containing these past infectious diseases had made Malaysia more prepared to deal with such situations, and this included having more thermal scanners which have been placed at all entry points into the country, as well as its actions in isolating coronavirus cases and placing suspected cases under quarantine.

Lee said swift measures such as these were important in reducing potential local transmissions of the virus in the country.

"Compared to SARS in 2002, when we took weeks to trace the infections, now we have managed to do so much earlier due to our experience, expertise and the technology employed.

"We are now in a containment phase, to prevent any local transmission. The seven cases that have been detected were not infected in Malaysia but overseas, and imported into the country. It is important that we prevent the infections from spreading within the country," Lee explained.

The new coronavirus, named 2019-nCoV, was first detected in December, in Wuhan, China, causing pneumonia and symptoms such as fever, cough and breathing difficulties. As of last night, Malaysia had seven confirmed cases.

The specialist added that apart from thermal scanners, the dissemination of information to every tourist entering Malaysia, particularly tourists from infected areas, was also important.

"They (tourists) need to be given information about the virus and actions needed such as seeking treatment at specific hospitals if they do not feel well.

"This is important because when they entered Malaysia, they may not have had a fever or other symptoms but may have fallen ill several days later," Lee stressed.

The specialist, who is experienced in handling SARS, Nipah virus and Ebola cases, noted that the outbreak of the virus in affected areas, such as Wuhan, had occurred at a faster rate compared to other infectious diseases, and the world still had insufficient data on the new virus.

The spread of the virus had been exacerbated by the increased movement of people within and out of China in conjunction with the Chinese New Year celebrations.

“It makes things a bit complicated,” he said.

Asked about claims that the coronavirus could be spread through its presence on the surface of goods imported from China, Lee said the possibility of such an occurrence was low because many viruses could only last within a particular environment for a period ranging from a few hours to a few days, and this would be dependent on the context.

"Although we do not have enough information on the coronavirus, we believe it is like SARS and influenza, which won’t last long in the environment," he added.