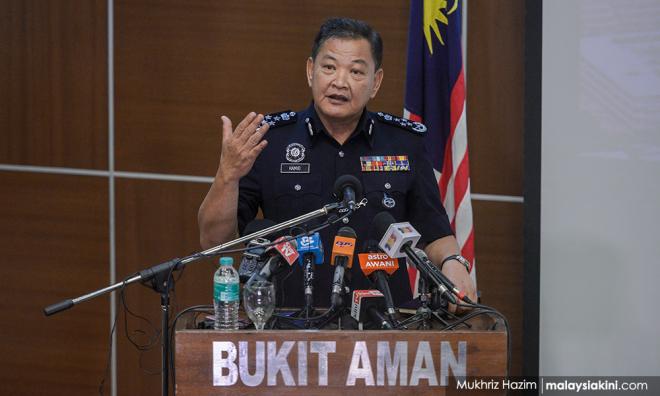 However, he continued to insist on finding an amicable resolution to the case, which has dragged on for more than a decade.

Hamid also urged Muhammad Ridhuan to come out of hiding.

“The public do not know where he (Riduan) is, but I know. I urge him to come forward so that this matter can be solved amicably,” Hamid was quoted as saying by The Malaysian Insight.

“To the father, do not hide anymore. Both Indira and the father have rights to their daughter.

“I take this case seriously and I want a happy ending, especially for the little girl. I do understand the frustration the mother has gone through. I know she misses her daughter,” he added.

Yesterday, the legal firm representing Indira censured Hamid for his remarks at a press conference on Tuesday that he is working on a “happy ending” for both Indira and Muhammad Ridhuan.

The firm argued that there is no need for this in view of the Federal Court's order.

The apex court had ordered the IGP and police to arrest Muhammad Ridhuan and return the couple's daughter Prasana Diksa to Indira.

Muhammad Ridhuan, who was formerly known as K Pathmanathan, took Prasana away in 2009, when she was 11-months-old, shortly after he converted to Islam.

Meanwhile, Hamid, who was speaking to reporters at KLIA this morning, believes that the case would be resolved soon.

“Be patient for just a little bit more,” he appealed. “There has been progress (in the case).”

As for Indira's civil suit against him, the police chief said the mother of three had the right to do so and declined to comment further.

“If she wants to sue me or the government, that is her choice. I have nothing to say,” he added.

On Monday, Indira announced plans to file an RM100 million suit against Hamid over his alleged failure to track down her daughter.

“The matter is more about driving home the point of extreme injustice that befell on her and the failure of government agencies, particularly the police, in locating her daughter.

“Three years ago the Federal Court ordered the IGP to locate her daughter to be handed over to the mother. However, to date, nothing has happened,” Ramasamy added in a statement.

The DAP assemblyperson was also willing to extend the benefit of the doubt to Hamid with regard to him seeking a “happy ending” resolution.

“I am not sure what he meant by this 'happy ending' but by giving him the benefit of doubt, it is hoped that the information is about Indira’s daughter and the possibility of the child’s return to the mother as soon as possible,” he added.