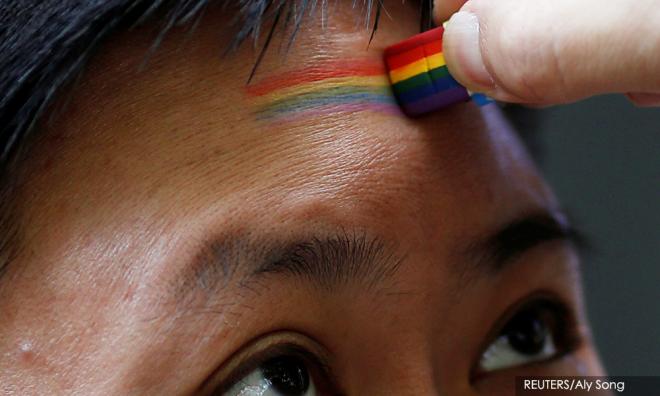 LGBT rights being swept aside by religious conservatism

COMMENT | In 2020, the society might be expected to be more progressive in its thinking, but in 72 countries, homosexuality is still illegal. What is worse is that in those 13 countries, they are dealt with the death penalty.

Most of these countries have one thing in common; they are mostly Muslim Majority countries.

Malaysia is included in the 72 countries that still criminalise same-sex relations.

As a student in International Relations, I was told that the election of Pakatan Harapan was a movement that would democratise Malaysia. However, I believe that this is not at all the case for Malaysia today.

This is because archaic laws are still in place. For example, people are still being imprisoned under the Sedition Act, an act they promised they would repeal.

Besides, the Prime Minister Dr Mahathir Mohamad has stated several times that Malaysia would not accept the LGBTQ's lifestyle because it goes against Islamic Values.

This proves that the dictator in Mahathir is still alive and well despite him being in Harapan and despite him saying that is allegedly no longer the case.

The LGBTQ community might have voted for Harapan hoping for a change, but their lives might have been more miserable than ever.

During the French Revolution, the concept of enlightenment values played an essential role in changing the views of people in France.

Concepts such as freedom of speech, expression, press and religion were born, and these freedoms were held dear by the revolutionists.

In the case of Malaysia, for example, Islam is the official religion, and this is always used as an excuse to punish LGBTQ individuals.

This is where religious freedom has gone too far when it allows the followers to force the teachings of the religion onto other individuals.

This article does not argue that there should not be religious freedom in Malaysia; in fact, it is arguing that Malaysia should adopt the true meaning of the word freedom of religion.

Individuals should be free to follow any religion they want, but they should not be allowed to force it onto others.

The reality in Malaysia is that religious freedom is only for Muslims and the Malays. Every time a politician or a human rights NGO talks about freedom for the minorities, Muslims would chip in and say, "What about our rights?".

As a Malay who was raised in a Muslim family, I taught that Muslims are superior to non-Muslims but I never understood why. I was told that it is because "Allah says so" and so, we must obey.

This is why I link Islamism in Malaysia to fascism or Nazism; they think only they deserve rights; the rest are treated like subhumans.

The only solution to this problem is that the Enlightenment Values must truly be respected by the government.

Individuals should no longer be arrested or called in for daring to speak out against anything, especially religion. In my opinion, freedom of speech must also be protected because it is a forceful defence of the Enlightenment Values.

The question is, why are political parties too afraid of the conservatives?

In a research conducted by the Pew Research Centre in 2013, 86 percent of Muslims in Malaysia supports making syariah law as the customary law in Malaysia.

In another research conducted in 2010 by Merdeka Center, 69 percent of the Malaysian Electorate are socially conservative.

Unfortunately, I think that this is the reason why the big political parties in Malaysia are too afraid to do the right thing.

However, this is never going to be a reality, seeing that Harapan is headed by the man who used to run UMNO with no signs of transition soon.

Therefore, in my opinion, what Malaysia needs is a political revolution, what that involves the election of secular political parties into power.

In Europe, the dark ages ended with the reformation and renaissance; thus, the same needs to happen in Malaysia.

In 2019, the LGBTQ community should no longer be discriminated against in terms of employment, marriage and adoption. Nobody should be punished for being who they are as it is not a choice after all.

As a result, society would no longer be tied to traditional values that prevent them from being the best version of themselves.

To conclude, I believe that there is a need for Malaysia to elect a government that is more progressive and not afraid of the hardcore conservatives. After all, brave is doing something right even if the majority sees it as something unacceptable and immoral.

MUHAMMAD NASRUL HAZIQ is a second-year International Relations student who hopes for a more progressive Malaysia.

human rights
race & religion
lgbt
lgbtq
Related Reports
How do we decide which sexual harassment cases get attention?
a year ago
IGP admits knowing where Indira's ex-husband is, insists on 'happy ending'
a year ago
Allow refugee children to join our schools
a year ago
Pilots, flight attendants demand flights to China stop as virus fear mount worldwide
a year ago