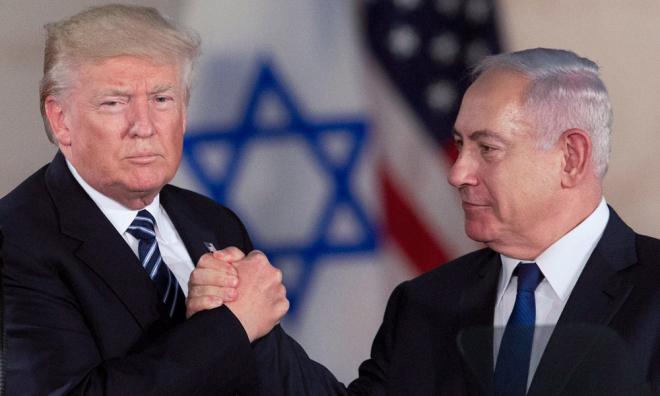 COMMENT | As the dust settles on the “deal of the century”- US President Donald Trump’s “peace plan” - there isn’t any stronger criticism that I can offer than has been already expressed from every quarter, not least of which from America’s own political leaders (and presidential hopefuls) such as Bernie Sanders and Elizabeth Warren, both of whom expressed outrage and disgust at the proposal.

In every facet of it, this conspiracy between Trump’s son-in-law Jared Kushner and Israel Prime Minister Benjamin Netanyahu is anything but an honest attempt at resolving the enduring injustice of our age - that of Israel’s imposition of an apartheid state in Palestine.

While you can certainly consider my voice added to the chorus, I think it’s important to also expose the enablers who facilitated this travesty, namely, the Gulf Arab kingdoms who have forsaken five million kindred souls into a perpetual state of suffering and injustice.

Even if, as the boy wonder so indelicately put it, the Palestinians have “screwed up every chance for peace they were given in the last 70 years”, it’s still unconscionable to sweep them all into the dustbin of history.

I know there are always apologists who claim that the Palestinians deserve their lot because of their willingness to resort to violence. Indeed, the haters don’t stop there. There’s a growing revulsion towards Arabs in particular, and Muslims in general, for their perceived aggression and irascibility.

However you feel about it, it’s worth mentioning that the nations engaged in the longest endless wars and conflicts are actually not Iraq and Afghanistan and Libya, but America and Great Britain. Israel has been constantly fighting with others since the very day it was gifted into existence by these very same powers.

Even if you accept the anti-Arabists at face value - not that I do, mind you, but that’s a discussion for another day - it is still worth considering where to draw the line. If we can forsake five million Palestinians, then what about 100 million Arabs, or 50 million Iranians, or even a billion Muslims the world over?

Just asking such a question is outrageous.

Can you even imagine substituting Christians, Hindus, Buddhists, or, God forbid, Jews, in such a question? Haters, I ask you, where would you draw the line?

All this makes it that much more incredulous that the Gulf Cooperation Council (GCC) countries - Saudi Arabia, United Arab Emirates, Oman, and Bahrain - all endorsed the Kushner (above)/Netanyahu/Zionist Israeli conspiracy.

It begs some basic questions: Why would these Arab states celebrate the dehumanisation of a people that the rest of the world consider indistinguishable from themselves? What will be the consequences to their own future well-being and self-worth? And, most importantly, how could their respective citizens possibly condone such an action?

Do they really think that when the day of reckoning comes upon them that the Israelis and the Americans will stand by them side-by-side, willing to spill their blood in their defence?

If you’ve stopped laughing, then consider the simple answer: none of these countries are democracies or even autocracies. They are outright absolute monarchies which rule by force, coercion, and deception.

The Saudis may be the ringleaders and the Bahrainis their toadies, but they are all cut from the same bloody cloth. These hypocrites believe that by bending to the will of American Zionists, they have ensured longevity for their own regimes.

Well, I’m not a betting man, but I would challenge you to find anyone to take that wager at any odds.

Alas, this misalliance has entered their citizenry into a marriage that is bound to be plagued with untold domestic abuses. The people never had any choice in the matter; their rulers have absolute domain over their subjects to do as they please.

The domestic population of these countries overwhelmingly sympathise with the Palestinian plight, and reject the apartheid conditions that Palestinians suffer under, but sadly, their will is the mere plaything of their overlords.

As the fable goes, it is when the hand is tight that the temptation to splurge is greatest, so that the beggar may feel like a king. Just so, their excesses will end soon enough and balance will be restored.

This is true for Bibi, for Jared, for Donald, and for all their newly won-over pals from the Gulf. In the meantime, we support the Palestinians and condemn the apartheid Zionists, as strongly as we can do, as we must do.