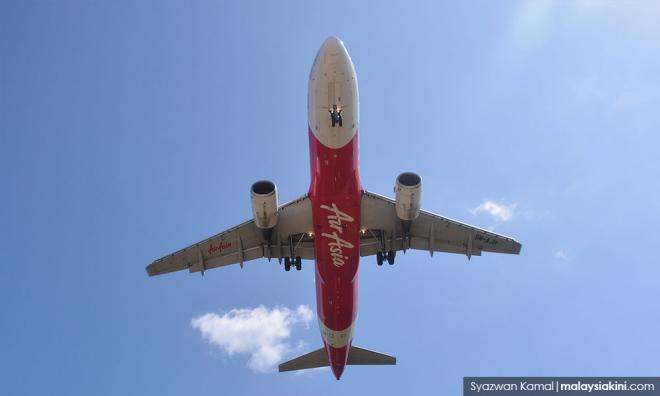 AirAsia has denied corruption and bribery allegations against it, saying it was neither involved in any way whatsoever with the UK Serious Fraud Office (SFO) investigation of Airbus nor given any opportunity to provide any information or clarification to the SFO.

AirAsia was referring to the article entitled “AirAsia directors/staff got RM240 mil bribe from Airbus, court docs say” on the Focus Malaysia website as well as other articles in the press regarding the "Deferred Prosecution Agreement" entered into by Airbus SE and the SFO on Jan 31, 2020.

The articles referenced above allege that certain agreements by AirAsia to order Airbus aircraft were improperly linked to sponsorship by Airbus of a sports team jointly owned by AirAsia executives.

“AirAsia vigorously rejects and denies any and all allegations of wrongdoing,” it said.

The entering into of each aircraft purchase agreement was never made by any single individual decision, but instead arrived at through careful evaluation, deliberation and the collective decision of the board members after taking into account technical specifications, aircraft flight performance and operating economics, the low-cost carrier explained in a statement released today.

The superiority and reliability of the aircraft and increasingly attractive pricing being offered to maintain its competitive edge in the airline business were key considerations, AirAsia said, adding that as a customer of Airbus since 2005, it never made purchase decisions that were premised on an Airbus sponsorship.

“We also wish to emphasise that all negotiations and dealings leading to the signing of any aircraft purchase agreement have been undertaken directly with Airbus on an arm’s length basis and without the involvement of any third parties or intermediaries.

“AirAsia executives negotiated rigorously in the interests of the company and had at all times acted in good faith,” it said.

In any event, AirAsia said it is aware that correspondence between the company and Airbus dating back more than a decade has been reported in the press without proper context or review, noting with concern that views and opinions on the matter may have been formed unfairly and prematurely.

Furthermore, the involvement of Airbus in the sponsorship of the sports team was a well-known and widely-publicised matter bringing branding and other benefits to Airbus, it added.

AirAsia said its own sponsorship of the sports team went through due internal assessment and approvals before being considered and approved by the board.

“As AirAsia and its executives have no visibility on Airbus’ internal processes, we cannot comment on or be associated with any alleged failures or lapses on the part of Airbus to comply with its own policies or applicable legal requirements.

“AirAsia is deeply concerned that these allegations will have an adverse and negative impact on the AirAsia's brand, reputation and goodwill.

“AirAsia is monitoring developments in this matter and will review any allegations or negative inferences concerning or affecting AirAsia and/or any of its executives and will fully cooperate with the Malaysian Anti-Corruption Commission (MACC) and the relevant authorities where required,” it added. - Bernama