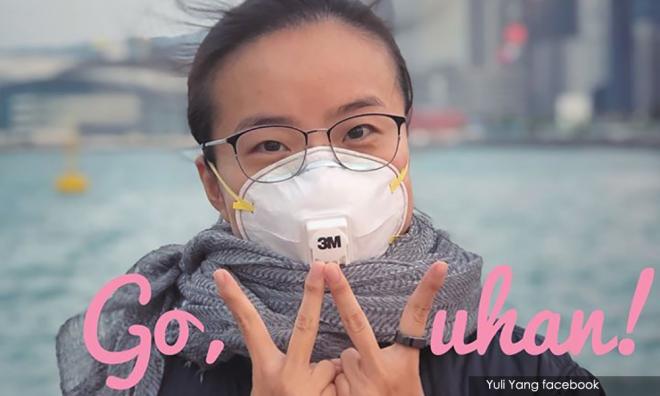 A Wuhan girl asks for your compassion

COMMENT | I am a Wuhan girl living in Hong Kong. Right now, all my close family is under lock-down back in my hometown, at the epicentre of this epidemic.

Every day, I worry for their safety, their health and their mental well-being. They worry too that I would be worried about them! Sound familiar? I’m sure anyone living far away from her/his mum can relate to this funny cycle of love.

I’m also a news producer and aware of the blame, the frustration and the outrage. I’m grateful for my tireless, fellow journalists out there, who keep the world abreast of the battle against this coronavirus.

I understand and support the physical measures that airlines, governments and institutions choose to put in place for control and prevention. But at the same time, I wish to invite you all not to build up walls between our hearts.

By this, I’m referring to the emerging trend of discrimination towards Chinese people and sometimes those who simply look like us.

This virus brings death and fear. It also reveals an amazing truth - that we’re all interconnected, so much more closely than we might have thought.

Plato claimed that the entire universe is a single living organism. But we don’t need to look to Plato to know that the world can only survive this crisis if China pulls through it. And China can only pull through when Wuhan heals. Like it or not, this is the reality of our oneness.

I get that sometimes it is hard to fathom this oneness because we know so little about each other and we seem so far apart.

That’s why I would like to tell you a little bit about my hometown:

My city is known for a mouth-watering noodle dish. It has a texture similar to spaghetti, soaked in thick and rich sesame sauce, often with fresh spring onions sprinkled on top. I remember vividly the very first time my late grandfather bought a bowl of these noodles for me. My eyes widened. Staring at the shiny noodles in the brown sesame sauce, I shouted “chocolate noodles!” My grandfather smiled: "These are called 'Hot Dry Noodles'.” And I’ve been best friends with them ever since.

Lotus and a thousand lakes

By now, you might have learned from the news that Wuhan is the capital city of Hubei province. Hubei has a nickname - the province of a thousand lakes. Most of those lakes are in or around Wuhan. What comes out of those lakes? A ton of lotuses! And yes, lakes plus lotuses equal to extremely Instagramable in the summer! But what cannot be snapped on Instagram is the fragrance from those pink petals and their generous green leaves. They form the prelude to some of my best childhood memories.

Those of us from Wuhan are proud of our tennis legend Li Na - China’s first Grand Slam singles champion (2011, French Open). She’s the first Asian-born player to be inducted into the International Tennis Hall of Fame (2019). The New York Times dubbed her China’s "Tennis Rebel". That rebellious spirit has some deep roots! In 1911, an armed rebellion in Wuchang, a district of today’s Wuhan, kicked off the Xinhai Revolution that eventually overthrew China’s last imperial dynasty, the Qing.

An ancient tale of bromance

One autumn night, 2000 plus years ago, Yu, a musician, was playing his Qin, an ancient Chinese string instrument, by the river under the moonlight. Zhong, a man who was walking by the river, adored Yu’s music and stood there for a long time relishing the sound. The pair soon began chatting and Yu was in awe how deeply Zhong understood his music. The two promised to meet again next year, same place, same time (speaking of scoring a second date).

A year later, Yu played his Qin by the river again and waited. But there was no Zhong. He learned that Zhong had died, and before his death, Zhong had asked to be buried near this spot by the river, so that he could listen to Yu’s music. In agony, Yu smashed his Qin on a platform and said: "The only one who truly knows my melody is no longer in this world. What’s the point of this Qin now?”

Today, that spot is known as Qin Tai (literal translation - a platform for Qin) - an area down by the river in Wuhan. And until this day, in the Chinese language, the word Zhi Yin, or "one who knows the melody", is still a synonym for a friend who truly knows you.

With these mini-tales of Wuhan, I hope you can open up a small space in your heart. A space for compassion. A space to love and to support the millions of my fellow Wuhaners.

Your support will empower them. And that is the first step of our collective healing.

Yuli Yang is a journalist from Hong Kong. This originally appeared on her Facebook page.