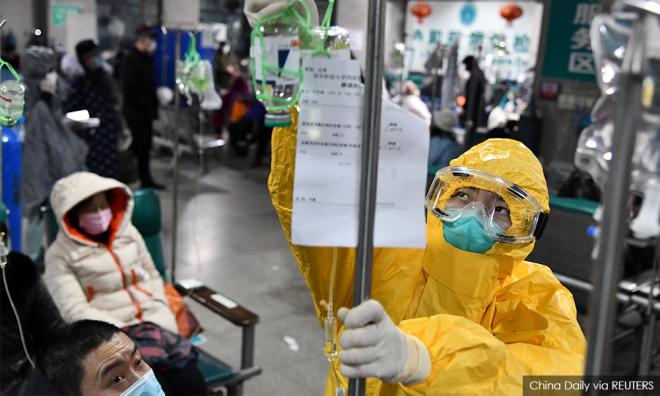 CORONAVIRUS | The death toll from a coronavirus outbreak in mainland China has reached 636 as of the end of Thursday, up by 73 from the previous day, the country’s National Health Commission said on Friday.

Across mainland China, there were 3,143 new confirmed infections on Thursday, bringing the total so far to 31,161.

The number of deaths in China’s central Hubei province from a coronavirus outbreak had risen by 69 to 618 as of Thursday, Chinese state television reported on Friday.

There had been a further 2,447 cases detected in Hubei, the epicentre of the outbreak, taking the total in the province to 22,112.

Most of the new deaths were in Hubei’s provincial capital of Wuhan, where the virus is believed to have originated.

Wuhan reported 64 new deaths on Thursday, up from 52 on Wednesday. A total of 478 people in Wuhan have now died from the virus.

New confirmed cases in Wuhan increased by 1,501 on Thursday.