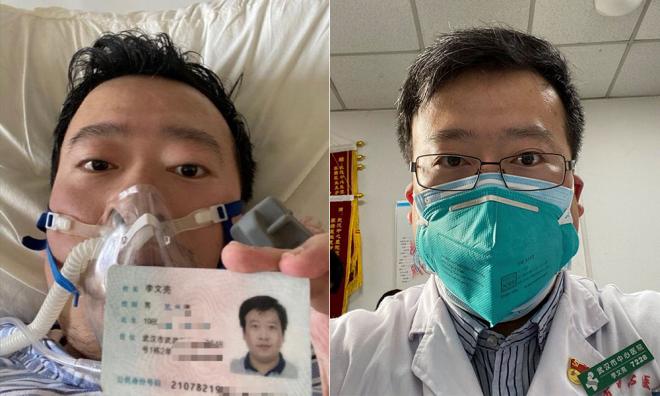 CORONAVIRUS | A doctor who tried to raise an alarm of an outbreak of infectious disease late-December last year has succumbed to the novel coronavirus (2019-nCoV), according to the Wuhan Central Hospital this morning.

Dr Li Wenliang, 34, an ophthalmologist at the hospital, had been hailed as a hero by netizens in China after he revealed he had tried to warn his medical school classmates of a disease resembling the Severe Acute Respiratory Syndrome (Sars) that was spreading in Wuhan.

He is survived by his wife and a five-year-old child, according to BBC’s Chinese edition.

The disease Li stumbled across later turned out to be a new strain of coronavirus that has so far sickened over 28,000 people, killed 636 people, and triggered an ongoing global health emergency.

Li said he had noticed seven cases of the disease and warned his classmates through a WeChat group on Dec 30 last year to don protective equipment.

For his efforts, however, he was summoned by the local Public Safety Bureau office to sign a letter of reprimand that accused him of spreading false rumours and disrupting public order.

“We hope you would calm down and reflect on your actions, and we sternly warn you: If you remain stubborn and unrepentant in continuing illegal actions, you will be dealt with in accordance to the law. Do you understand?” read the letter dated Jan 3.

He wrote “understood” beneath the warning and signed off on the letter.

A copy of the letter (photo, below) is posted on his account on the microblogging service Weibo on Jan 31.

According to the BBC, Li was among eight people being investigated by police for spreading false rumours at the time.

Meanwhile, Li detailed his deteriorating condition on Weibo from his hospital bed.

“After (signing the letter), I returned to work as usual. After receiving cases of pneumonia caused by the new coronavirus, I started coughing on Jan 10, had a fever on Jan 11, and was hospitalised on Jan 12.

“At the time, I wondered why there are still no reports of human-to-human transmission, no reports of medical personnel being infected.

“I was eventually admitted into an intensive care unit and undergone a nucleic acid test, but the results never came back. Another more recent test turned up negative, but I have difficulty breathing and could not move.

“My parents are hospitalised too,” he said.

In a separate post on Feb 1, among his last words on Weibo, he said: “Today’s nucleic acid test turned up positive. The dust settles; I’ve finally been diagnosed.”

The BBC, meanwhile, reported a tussle over Li’s final hours.

It said several Chinese media reported Li had died at 9.30pm last night, triggering a sensation amongst netizens on Weibo.

However, it said Global Times, which had initially reported Li’s death, later reported that Li was in critical condition and was undergoing a treatment known as extracorporeal membrane oxygenation.

This would have kept his heart pumping and his blood oxygenated, but without passing the blood through his lungs.

The hospital that Li worked likewise posted on Weibo at 12.38am this morning that Li was in critical condition and it was doing everything it can to save his life.

“Journalists and doctors at the scene, who do not want their names disclosed, told the BBC and other media that government officials had intervened.

“Official media outlets had been told to change their reports to say the doctor was still being treated,” the BBC report said.

Later, the hospital announced Li’s departure in a Weibo post at 3.48am.

“Our hospital’s ophthalmologist Dr Li Wenliang was unfortunately infected by the novel coronavirus in the line of duty while fighting the disease. Despite our best efforts, he passed away on Feb 7, 2020 at 2.58am.

“We’re deeply saddened and are mourning his passing,” it said.