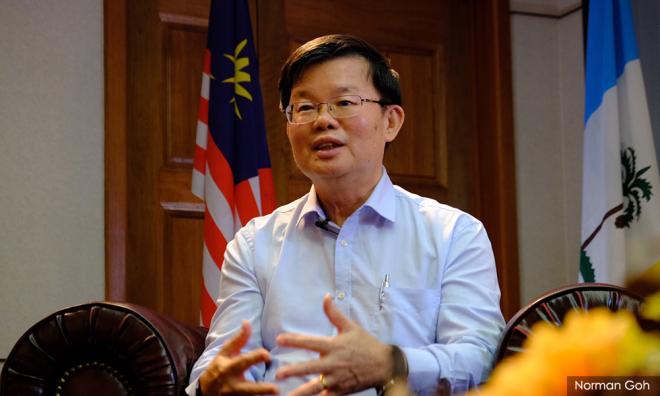 Chief Minister Chow Kon Yeow said the allocation would also go to the restoration and well-keeping of Hindu burial grounds.

Penang’s HEB was formed under the former British colonial government of the Straits Settlements of Penang, Malacca and Singapore in 1906.

It was established to provide financial aid to students from low-income families to complete their higher education, Chow added.

"Last year, the Penang HEB contributed more than RM345,000 to 109 students to study in public and private institutes of higher learning where 80 percent of the students had pursued skilled and technical courses," Chow said in a statement in conjunction with tomorrow's Thaipusam festival.

"The Penang government has increased its education fund allocation, from RM1.75 million to RM2 million, for Tamil national type schools," he said.

"We have also made a contribution of RM200,000 to the Arulmigu Balathandayuthapani Devasthanam Temple or Waterfall Hilltop Temple for the annual Thaipusam festival," he said.

Celebrated in the month of "Thai", the 10th month of the Tamil calendar, Penang expects two million visitors to the festival over the weekend.

The Thaipusam festival is celebrated to commemorate the triumph of good over evil as well to gain spiritual awareness, wisdom and knowledge.

Chow said in Penang, Thaipusam is one of the most important festivals and is celebrated grandly by devotees at several locations, starting from the Hilltop Murugan Temple, Jalan Kebun Bunga.

"It's not just a religious celebration. It has become a platform for local and international tourists to experience this unique Hindu traditional festival."

Four months after 'Howdy, Modi!', Indians abroad protest over citizenship law
28 Jan 2020
LTTE 12 – why is this happening under Harapan?
21 Jan 2020
Please beef up our children's cross cultural understanding
18 Jan 2020
Oms Thiagarajan claims LTTE-links can only be charged under Amla
7 Feb 2020