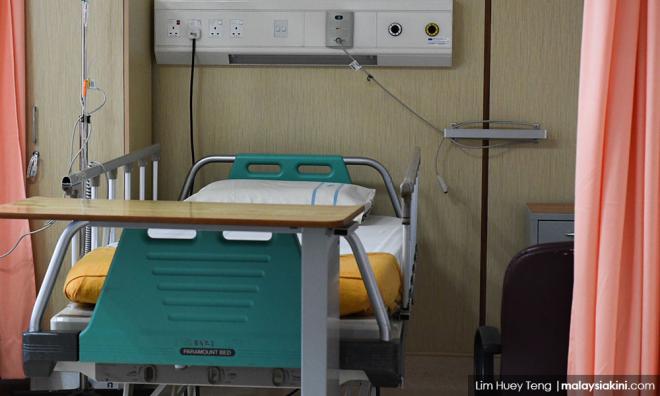 CORONAVIRUS | Another patient who was diagnosed by Malaysian health authorities as being infected by the novel coronavirus (2019-nCoV) has recovered.

Noor Hisham said the man, who was the fourth 2019-nCoV case in Malaysia, had deteriorated to a critical condition a day after he was admitted on Jan 24 with symptoms including high fever and pneumonia.

"The patient's condition became more critical on the second day at the Isolation Ward and he needed oxygen support.

"Chest X-rays on the fourth day showed signs of a worsening infection. The hospital commenced the use of the Kaletra anti-viral drug on Jan 28.

"After eight days of treatment, the patient's condition improved and he has now fully recovered," Noor Hisham said in a statement.

The treatment was the same method used on a four-year-old girl who was on Jan 28 diagnosed as the sixth coronavirus case in Malaysia.

The toddler from China fully recovered on Feb 4 and was discharged from the Sultanah Maliha Hospital in Langkawi, Kedah.

In the latest recovery case, Noor Hisham said the man was allowed to leave the hospital at 7.15pm today.

He congratulated the medical team led by Dr Maszliza Zaid, an infectious disease expert, who helped treat the patient.

At an estimated fatality rate of two percent, the 2019-nCoV is less deadly than the Severe Acute Respiratory Syndrome (Sars) which infected 8,098 people and killed 774 people in 17 countries between 2002 and 2003, representing a fatality rate of around 9.6 percent.

However, the 2019-nCoV which first began to spread in Wuhan, China is more infectious than Sars.

No deaths have been reported in Malaysia to date but there have been 16 reported cases. All incidents were "imported cases" except one which was a local human-to-human transmission by a Malaysian man who returned from a business meeting in Singapore.

The Health Ministry has tracked down all 69 persons the man - referred to as "Case 9" - had contact with and they all tested negative except for his sister who tested positive and was isolated.