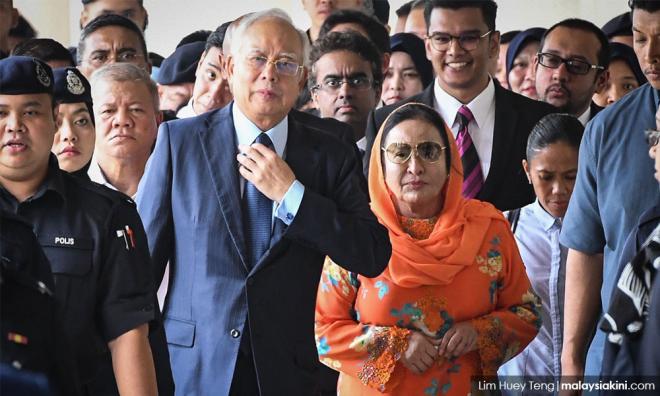 In a statement today, the deputy criminal investigation department head Mohd Roze Shaari said 12 people have had their statements recorded so far.

Police are investigating a series of audio clips which the MACC said raises issues of abuse of power, criminal conspiracy, obstruction of justice, compromising national security, fabrication of false evidence through foreign aid, and connivance.

Mohd Roze had issued the statement today to urge the public to stop speculating on the matter and give the police room to investigate.

The most prominent audio clip depicted Dzulkifli contacting Najib on Jan 5, 2016, about a certain investigation paper.

Another audio clip depicted Rosmah "advising" Najib on matters concerning the MACC, where the latter confirmed that he had signed papers to appoint Dzulkifli as MACC head.

So far, Najib has steered clear of issuing responses linked to the purported conversations with Dzulkifli.

However, he claimed that one of the audio clips, which depicted his conversation with United Arab Emirates crown prince Mohammed Zayed Al Nahyan on July 22, 2016, would bolster his defence in ongoing criminal cases.