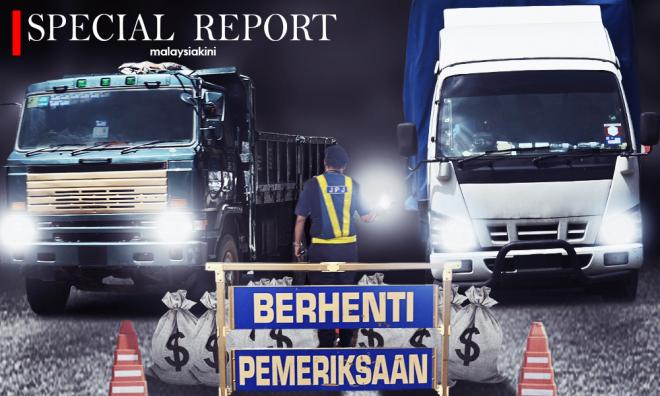 SPECIAL REPORT | In April last year, the Penang Road Transport Department (RTD) was crippled after the MACC picked up 46 enforcement officers, exposing a corruption racket that not only shocked the public but also struck fear among corrupt officials in other states.

The officers in other states were so worried that they asked logistics companies to stop bribing them, for fear that they, too, will come on the MACC's radar.

But almost a year after the mass arrest, it is back to business as usual for these officers, who have even demanded that they are compensated for the months during which the bribes stopped flowing...