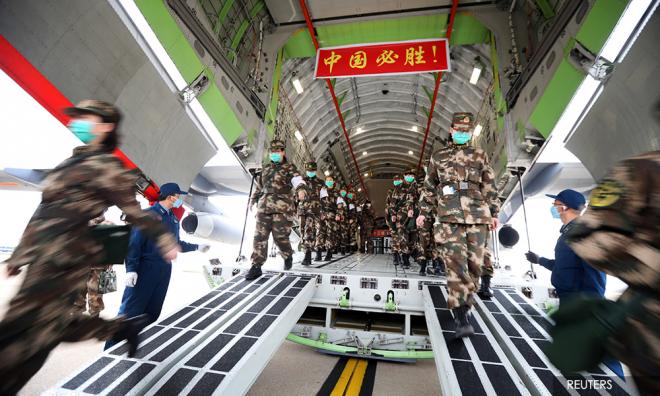 China is dragging its heels in accepting help on the ground from international health specialists, diplomats and experts said on Thursday.

Noting that four days after a World Health Organisation (WHO) advance team arrived in Beijing, no details have been released on how and when the full mission will be deployed.

China has recorded 48,206 cases of a new coronavirus, now known as SARS-CoV-2, which emerged in a seafood market in the central city of Wuhan in December. The virus has spread to 24 countries infecting more than 440 people, the WHO says.

Dr Tedros Adhanom Ghebreyesus, WHO director-general, won a pledge from Chinese President Xi Jinping during his trip there two weeks ago that an international team would be able to help investigate the virus' origin and spread.

An "advance team" of three experts, led by Dr Bruce Aylward, a WHO official and public health emergency expert from Canada, as well as WHO's Dr Maria van Kerkhove, arrived in Beijing on Monday.

"Our advance team in China has made good progress in working out the composition of the team and the scope of its work. We hope to have more news to announce soon," Tedros told reporters on Wednesday night.

He has said the full mission would include 10-15 experts but has given no details of who they would be or when they would go to China.

The death toll in Hubei province, which includes Wuhan, leapt by a record 242 on Thursday to 1,310, with a sharp rise in confirmed cases after the adoption of new methodology for diagnosis, health officials said.

"It would obviously have been better if the (mission) team had arrived without delay,” a senior Western diplomat in Geneva told Reuters, though he added they could still do effective work with Chinese colleagues when they arrive.

"It’s just been very worrying and troubling and we are not seeing as much of a substantive and independent role that we would expect at this point," he added.

The US Centers for Disease Control and Prevention (CDC) said on Wednesday it had not yet been invited to send experts to China to assist with the WHO investigation.

"Not only was China very late in inviting international partners to help with the response but we still only have a skeletal advance team in Beijing and not Hubei province," Lawrence Gostin, professor of global health law at Georgetown Law, told Reuters.

"It appears that China has not accepted the US offer of on the ground CDC experts, which is unfortunate. CDC has among the most experienced first responders," he added.

Gostin voiced doubts that China would allow WHO experts to verify independently crucial information about the epidemic's trajectory.

"Will they have complete access to epidemiologic, virologic real-time data? Will they have the freedom to go into homes and communities...? Will they be full partners in surveillance and public health response?" he said.

Xi said on Tuesday that China's prevention and control work on the new coronavirus is having positive results, and the country will win the battle against the virus, state media reported.

WHO officials have said that Chinese authorities have been open and cooperative, sharing data throughout the outbreak. - Reuters