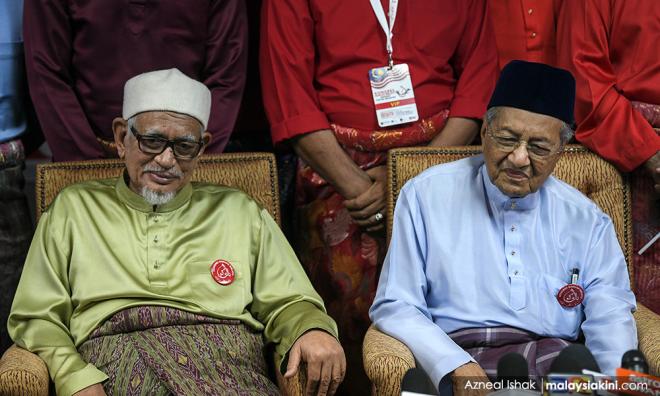 No confidence in PAS' motion for a vote of confidence

MP SPEAKS | The proposed motion for a vote of confidence in Parliament in favour of the current honourable Prime Minister Dr Mahathir Mohamad is plagued with so many infirmities and loopholes.

One thing for sure is that such a motion is unheard of in any Westminster democracy. But PAS is well known for breaking new political ground in Malaysian politics.

Prior to the 14th general election, PAS was known to be the die-hard supporter of the then prime minister, Najib Abdul Razak. There were many instances depicting the initiatives taken by PAS in trying to salvage Najib from the onslaughts of the then opposition parties. Take, for example, the US Department of Justice's (DoJ) suits against 1MDB in the US court.

It is an open secret that Najib was named in the DoJ's summons as MO1. PAS, via its president, defended Najib to the hilt by severely condemning the DoJ. The suit was labelled as a form of foreign interference of the country's sovereignty.

Being in opposition that time, PAS' actions were rather mind-boggling in that PAS was more eager to launch its attack against other opposition parties, rather than against the then ruling elites.

When the government's budget involving the Ministry of Consumer Affairs was narrowly defeated at the committee level in the Dewan Rakyat, the Good Samaritan salvaging the budget was none other than PAS. It happily rescued the ministry's budget from being defeated by the opposition block by voting in favour of the budget. And the incident took place while PAS was still wearing the opposition badge. Can't you see the utter weirdness?

It is, in my view, going against any constitutional or parliamentary convention. Thus, Anwar Ibrahim (above) was absolutely right when he remarked that what PAS has been doing is merely to create unnecessary havoc to Pakatan Harapan. I could not agree more with such a proposition. After all, that is what PAS is good at - creating unnecessary havoc and political upheaval.

Finally, PAS seems to be alone in the whole ventures. Its new allies from Barisan Nasional (BN) are reported to have shown their political indifference to this entire political stunt. Impliedly, they seem to be against the very idea of having a vote of confidence in supporting the existing prime minister. Perhaps they are not even ready to be persistently viewed as a laughing stock par excellence.

By failing to gain the necessary support from its close allies, it seems to me that the level of confidence of the people to the new opposition blocks has been tremendously deteriorated. I firmly believe that there would be huge blame games among them after this drama. We just have to wait and see.

Now, it seems that the people have started to question the viability and the survivability of this so-called powerful alternative to Harapan, popularly known as the Muafakat Nasional.

MOHAMED HANIPA MAIDIN, the Member of Parliament for Sepang, is Deputy Minister in the Prime Minister’s Department.