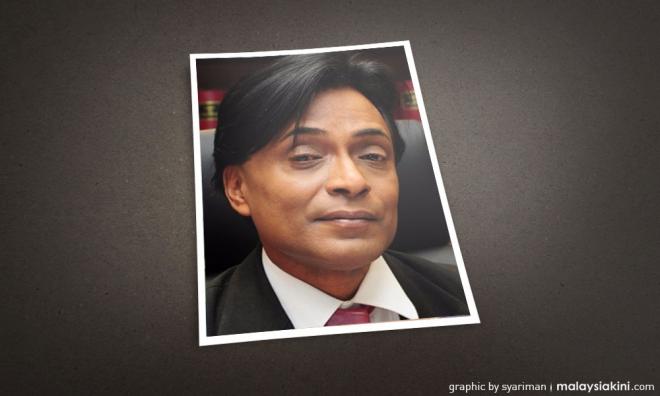 MP SPEAKS | A little-noticed event in the anti-corruption battle which should have deserved greater and deeper public attention took place on Tuesday – the posthumous award to the late senior deputy public prosecutor, Kevin Morais.

He said it was a significant case, as it became the turning point of Malaysia’s political direction and sparked an awakening among Malaysians.

“Their collective courage and determination brought a kleptocratic regime to its feet, in an unprecedented show of people’s power,” he added.

Parliament, which is reconvening next month, should honour Kevin Morais who gave his life in the battle against corruption and the heroes and heroines who saved Malaysia from the 1MDB kleptocracy.

This will be a good test whether they support Mahathir and Pakatan Harapan’s commitment to transform Malaysia from a global kleptocracy to one of the top nations in the world in public integrity and the unremitting battle against corruption, especially the 1MDB scandal.

There are Malaysians who said that they do not want to hear about the 1MDB scandal any more and complained that corruption is still rampant in Malaysia.

This thinking is encouraged by the Opposition, whether PAS, Umno, MCA, MIC or Gerakan, who want to wipe out the 1MDB scandal from public memory and revert Malaysia back to the corruption and kleptocracy of the past.

Yes, corruption is still a serious problem in Malaysia and this is why Malaysia is ranked No. 51 out of 180 countries in the Transparency International Corruption Perception Index 2019 with a score of 53 out of 100, which is one of the best scores achieved by Malaysia in the past 25 years. However, the ranking is still quite low and most unsatisfactory.

If there had not been a change of government in the last general election, Malaysia’s ranking and score in the Transparency International Corruption Perception Index and subsequent years would have fallen lower and lower and even entered the 70s and 80s ranking bracket — to the great ignominy of all self-respecting Malaysians.

If there had been no change of government on May 9, 2018, it would be impossible to effect a meaningful turnaround of the state of rampant corruption and kleptocracy in the country, a situation which the Opposition, particularly Muafakat Nasional, wants to the country to revert to.