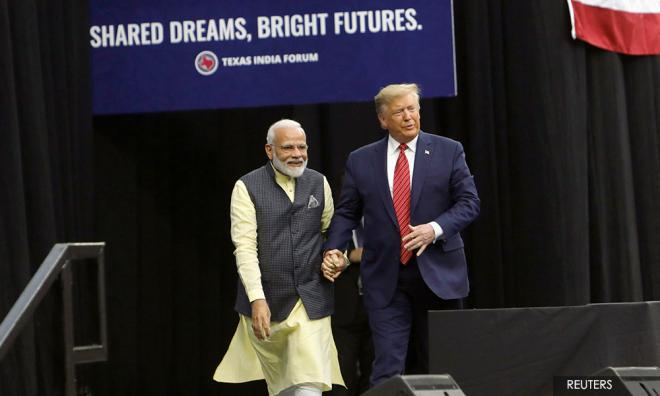 COMMENT | Bersatu’s supreme council member and head of policy and strategy, Rais Hussin, is driven by a new momentum to demonise heads of state on the grounds that they are ultra-nationalists and haters of Muslims.

I am not sure about the reasons behind this move, but certainly, he wants to be in the good books of his political bosses.

Earlier, he must have been taken aback when he was criticised by Prime Minister Dr Mahathir Mohammed for his presumptuous observations on some matters. Perhaps he wants to rectify his ways and get back into the former's fold.

What surprises me is how he could see so many similarities between the US President Donal Trump and the prime minister of India Narendra Modi without considering their political systems.

Perhaps Rais could cite similarities, but surely these are not focussed solely on being discriminatory towards ethnic and religious minorities the most important being Muslims.

No denying that Trump seeks to strike a chord with middle America particularly segments that propelled him to office.

Also no denying that Modi’s anchor is with the Hindus of India; he might not be politically inclined towards the Muslims but certainly, his party BJP cannot be reduced to the Hindutva forces.

This is where Rais’ reductionist analysis falls short of a more incisive one. Most importantly, Rais’ failure to take account their respective political systems in which both leaders are anchored could have thrown light on the limitations of these leaders in experimenting with absolute power.

In both countries, periodic elections, their respective constitutions, the role of opposition parties, their terms in office and in the case of India, linguistic nationalism, are definitely curbs on leaders acquiring absolute power.

These so-called autocrats were once political outcasts but have crawled back into their respective national scenes, according to Rais.

The impeachment of Trump and BJP’s losses in three state elections are given as examples of how both are becoming unpopular autocrats without mentioning the fact that both had received a popular mandate in their political exaltation.

This is merely the political opinion of Rais more than anything else.

Perhaps Rais could have given them the minimal credit in at least mentioning the fact their autocracy has limits in a system where candidates are elected to office and the presence of inherent limitations on the usurpation of power.

Demographic shifts in the US, Trump’s overt anti-Muslim rhetoric, Modi’s Hindutva policies that are stacked against Muslims and other minorities are instances pointed out by Rais to sustain his argument about the autocratic nature of the two leaders.

Trump and Modi might be fond of each other, but they are different in many ways. Although they won huge majorities in the elections to be elevated to their respective positions, they are not ultranationalists as pointed out by Rais.

Given the nature of American politics, with its check and balances, there are limits on the exercise of power by US presidents. Trump might not be an exception although he might be erratic on some policy matters.

Given the political differences of the two houses of the Congress, it would be difficult to impeach Trump.

Similarly, Modi might have the support in both Houses of his parliament but the constitution of India, the presence of democratic institutions and most importantly, competitive politics and regional autonomy, might make it difficult for Modi to usurp power  as an autocrat.

I might agree with Rais that Trump and Modi might be strong leaders or even popular leaders but they are definitely not autocratic or even against Muslims or other minorities. They might have their preferences, but American and Indian democracies have in-built checks and balances to check on power abuses -something that Rais omitted in his analysis.

Rais did not even apply the question of democracy to countries like Pakistan or even Turkey. He did not dare to point out why the non-Muslim populations in Pakistan and other Muslim theocratic states have considerably reduced over the years.

Why was Rais silent on Pakistan, a country infamous for its sponsorship of terrorist movements? Was it because Malaysia and Pakistan are great buddies now?

Or whether Rais has conveniently forgotten that it was the same Pakistan that “stabbed” Malaysia in the back by pulling out of the Kuala Lumpur International Islamic Summit recently.

US and India might have “autocratic” leaders, but can Rais deny that democracy is absent? Can he say that Pakistan, Turkey or those in the Middle-East are mature democratic countries?

I agree that the US has a flawed plan on how to resolve the Palestinian problem but the Arab countries by being too dependent on the US are also obstacles to meaningful peace in the region.

In India, 85 percent of the population are Hindus, Muslims about 15 percent with other minorities. The constitutions of India and the US have no discriminatory provisions against minorities.

If this is the case, what is Rais talking about?