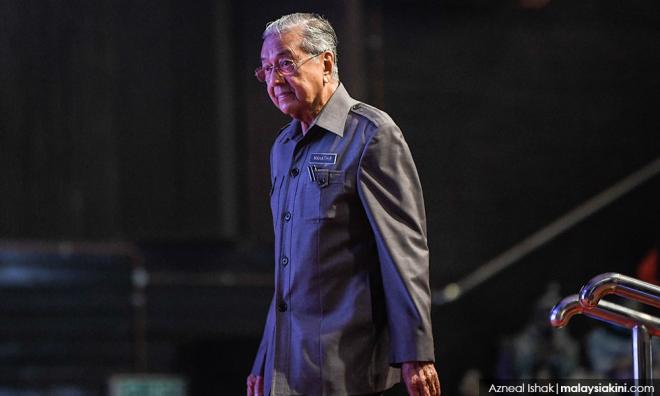 Dr M: Some want me to stay for 22 years, but I'm stepping down after Apec

Prime Minister Dr Mahathir Mohamad has reiterated that he will step down after the Asia-Pacific Economic Cooperation (Apec) summit in Kuala Lumpur in November.

Responding to questions that he purportedly has the support of 138 MPs to remain in office until the end of his term, the premier quipped he has heard that some want him to stay on for another two decades.

On his meeting with Anwar Ibrahim in Putrajaya yesterday, Mahathir said the PKR president provided an accurate account of what transpired in his media statement later.

"I promised to step down after the Apec summit. I will keep my promise. I'm not involved in 'kegiatan lain' (other activities)," he said.

It is understood that the "other activities" referred to the attempt to round up MPs to support him for a full term.

Following their meeting, Anwar confirmed that there is an attempt to keep Mahathir in power involving “PAS, a group from Umno and a small number from PKR.”

He also said the transition of power between Mahathir and him would be finalised at next Friday's Pakatan Harapan leadership council meeting.

Previously, Sarawak Report alleged that MPs “have been pressured to fly in from all corners to Kuala Lumpur” to ink a statutory declaration (SD) in support of Mahathir.

However, Zuraida Kamaruddin, who is one of Azmin's staunchest supporters in PKR, denied the report.

In 2018, Mahathir signed an agreement to hand over the reins to Anwar as part of an internal Harapan deal. However, no date was set.

Since assuming the role of prime minister in May 2018, Mahathir had dithered on a transition date, sometimes suggesting that it would take place after "two years" or more.

In December, Mahathir told Reuters in an interview he would not step down as prime minister before the Apec summit in November, leaving a proper transition date ambiguous.

In another interview published on Sunday, Mahathir said while he would keep his promise, the Dewan Rakyat had the final say on who becomes the prime minister.