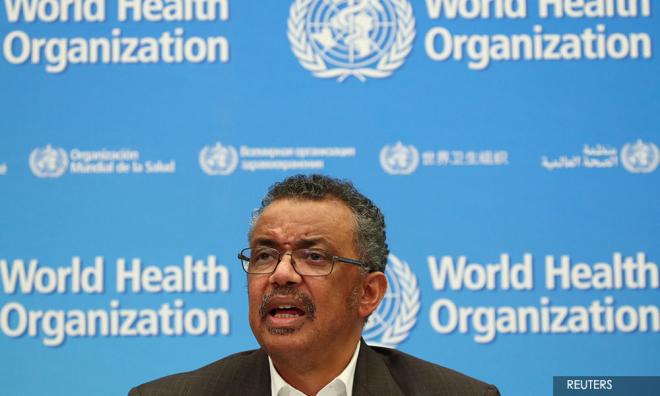 WHO: Joint China mission to start coronavirus probe this weekend

CORONAVIRUS | A World Health Organisation-led mission to China will start its outbreak investigation this weekend and will focus on how the new coronavirus is spreading and the severity of the disease, the WHO’s director-general said yesterday.

The joint team, composed of 12 international members and their 12 Chinese counterparts, will seek more details on how, where and when the more than 1,700 health workers infected so far contracted the new virus, WHO officials said.

“We expect the full team to touch down over the weekend,” WHO chief Tedros Adhanom Ghebreyesus (above), speaking from Kinshasa in the Democratic Republic of Congo, told reporters in Geneva.

“The goal of the joint mission is to rapidly inform the next steps in the Covid-19 response and preparedness activities in China and globally,” he said, referring to the medical name for the acute respiratory disease caused by the virus.

“Particular attention will be paid to understanding the transmission of the virus, the severity of disease and the impact of ongoing response measures.”

Dr Mike Ryan, executive director of the WHO health emergencies programme, said that he believed the WHO-led team would include US health officials, but gave no details.

The US Centres for Disease Control (CDC), whose technical experts are highly-regarded, has voiced interest in taking part.

Ryan, asked about the Tokyo Olympic Games scheduled for July, said that the WHO was in regular touch with the International Olympic Committee (IOC) and other organisers regarding major events.

Japan has been one of the most-affected countries outside of China.

“We have not offered advice to the IOC for the Olympics one way or the other, and neither would we. It is not the role of WHO to call off or not call off any event,” Ryan said.

WHO’s role was to offer technical advice to help organisers conduct a thorough risk assessment around an event, he said. “And it is the decision of hosting countries and the organising agencies to make that decision,” he added.

Chinese authorities reported 5,090 new cases in mainland China yesterday, including more than 120 deaths, taking the total number of infected to 63,851, and the number of deaths from Covid-19 to 1,380.

China has also released data on infections among health workers, which stands at 1,716 reported cases and six deaths.

Ryan said infections among healthcare workers appear to have peaked in the third or fourth week of January. There had been a “rapid fall-off” in such cases in the last two weeks, which might reflect better training or protection, he said.

Dr Sylvie Briand, WHO director of global infectious hazard preparedness, said such infections were not unusual in outbreaks but that it was seeking more details from Chinese authorities.

“It is very important to understand if it happened in the emergency ward or if it has happened when they were treating patients or somewhere else within the hospital facility so that we can also target implementation of corrective measures,” she said.