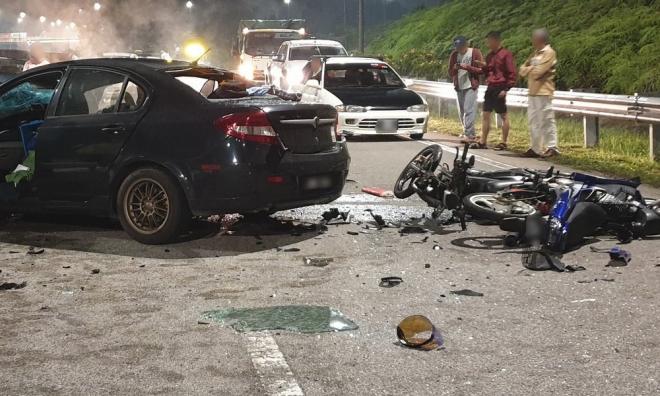 A driver was killed and four others injured near Pajam, Negeri Sembilan following a road accident involving a person suspected of driving under the influence of alcohol.

According to Nilai district police chief Mohd Nor Marzukee Besar, the incident took place at 3.20am at the Pajam toll booth.

He said the male suspect, 30, allegedly caused the accident while driving on the wrong side of the road, colliding with a car and several motorcycles.

The deceased was identified as Abdul Salam Saad, 34.

Police are still waiting for alcohol and drug test results from the suspect, reported Bernama.

Although drunk driving-related accidents account for only a small fraction of total road accidents, such incidents have received more public attention of late due to the prevalence of dashboard cameras and smart phones.

Currently, the government is looking to increase the penalties for drunk driving.