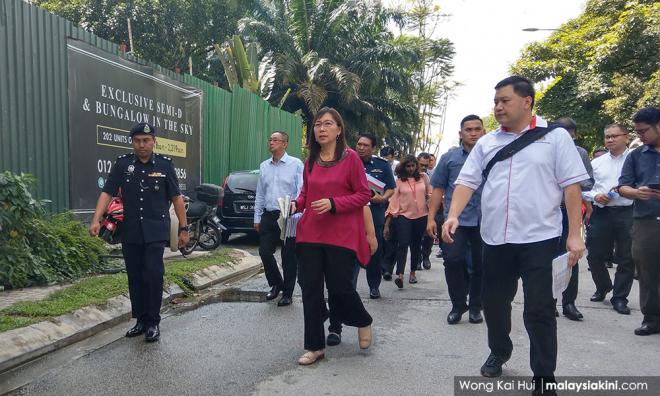 While visiting the site of The Address condominium in Taman Desa which had suffered a major construction mishap, DAP's Seputeh MP Teresa Kok was heckled by several residents from nearby condominiums.

As the construction of the partially-collapsed condominium was ordered to stop pending investigation and outsiders are not allowed to enter the site, Kok addressed the media outside the site after her arrival.

Kok responded to criticism from MCA spokesperson Chan Quin Er by stressing that the project was approved before Pakatan Harapan came into power.