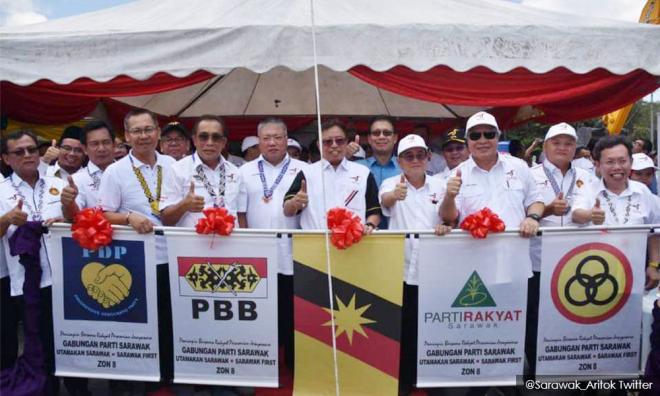 Sin Chew Daily quoted him saying that he is looking for an opportune moment to call the election.

As such, he said with the state election just around the corner, Gabungan Parti Sarawak (GPS) component party members must redouble their efforts to serve the people and ensure its victory at the election.

He reportedly said this at an event hosted by Parti Pesaka Bumiputera Bersatu’s women’s wing in Kuching today.

The report said Johari did not elaborate much on the timing of the coming election, but instead emphasised that GPS should rally its forces and prepare to face the state election at any time.

Sarawak last held its state election in 2016. The current state legislature’s mandate is set to expire in June next year.

It is the only state in Malaysia that holds its state elections separately from federal elections.

In January, however, Borneo Post quoted Johari saying that he was in no hurry to call the election.

“The term only expires in 2021. No need to rush,” he reportedly told Borneo Post in an interview when asked.