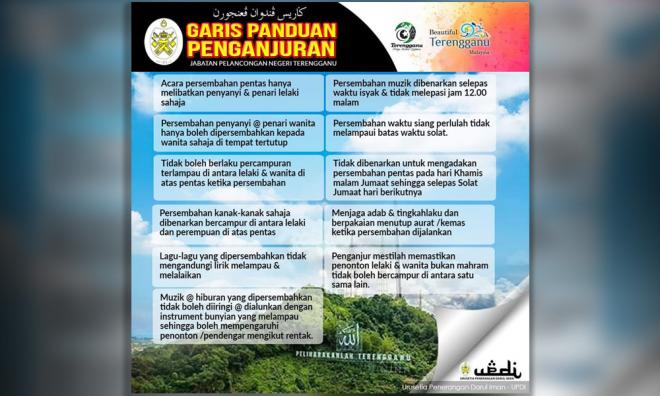 An entertainment guideline that will, among others, bar women entertainers from performing for audiences that have men among them will soon be enforced in Terengganu.

Terengganu exco in charge of tourism, culture, and information technology Ariffin Deraman was quoted by The Star as saying that the guidelines were supposed to come into force in January but was postponed.

However, he assured that it will come into force "soon" once legal technicalities are resolved.

The 11-point guideline was announced in October 2018.

The guideline is as follows: