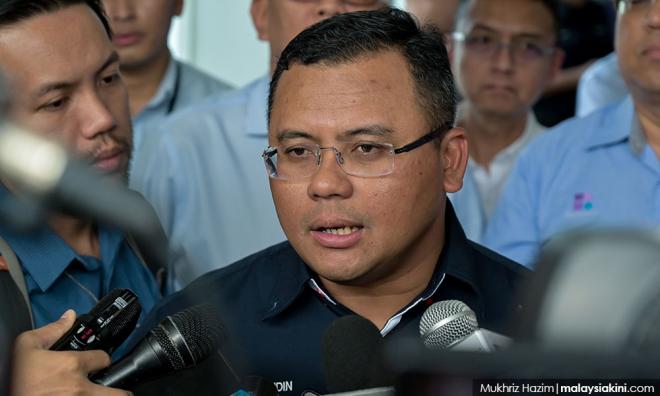 Selangor Menteri Besar Amirudin Shari today stressed that the Kuala Langat (North) forest reserve has not yet been degazetted.

He said public hearings on the degazetting are still being held and were open until March 5.

"This means the Selangor government is getting feedback from all stakeholders, especially the public, the Orang Asli and NGOs.

"The Selangor government committee will not make a decision on this matter before reviewing all views from the public and after going through the technical reports which cover a cost-benefit analysis related to this matter," Amirudin (above) said in a statement today.

He stressed that an area 300 hectares larger than the current Kuala Langat (north) reserve and with the same ecology, would be gazetted as a forest reserve if the existing reserve is degazetted.

The state, he said, also respected the Orang Asli's rights and will find the best solution that will not disrupt their settlements.

News of plans to degazette the 930-hectare forest reserve broke when the Selangor Forestry Department placed a notice in major dailies on Feb 5 inviting stakeholders in the district to voice their objections within a 30-day time frame.

This was in accordance with the Public Inquiry (Selangor) Rules 2014 as well as the National Forestry Act (Adoption) Enactment 1985 which makes the exercise (placement of notice) compulsory before a forest reserve can be degazetted.

One of the reasons given to degazette the forest reserve was to make way for the East Coast Rail Link (ECRL).

However, the project's developer Malaysia Rail Link Sdn Bhd (MRL) said rather than a de-gazettement, it plans to apply for permission to allow it to use only a portion of the protected forest.

Among those who have voiced their opposition to the degazettement plan were the Kampung Orang Asli Busut Baru, the Malaysian Nature Society (MNS) and the Global Environment Centre (GEC).

Water, Land and Natural Resources Minister Dr Xavier Jayakumar, who is the Kuala Langat MP, had also urged the Selangor government to reconsider the move.

Amirudin in his statement today said the state was committed to increasing its forest reserves to 32 percent by 2025 as opposed to 31 percent currently.